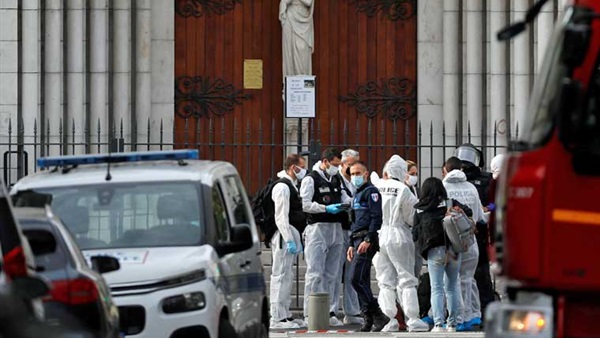 A knifeman killed three people and injured several others in an attack inside a church in Nice on the Côte d’Azur.

The killings happened at 9am on Thursday morning inside the Notre-Dame basilica in the city centre. There were unconfirmed reports in the French media that at least one of the victims had been beheaded.

Police described the scene as a “vision of horror”.

The attacker was shot and injured by police and was taken to hospital.

The mayor of Nice, Christian Estrosi, said the attacker had repeated “Allahu Akbar” several times while he was being arrested and handcuffed by police.

He said a woman victim had been decapitated but he had no details of how the two others were killed.

Estrosi said: “We have two people killed inside the church … and a third person who was in a bar facing the church where she had taken refuge. Enough is enough … we have to remove this Islamo-fascism from our territory.”

The attack comes less than two weeks after history teacher Samuel Paty, 47, was beheaded outside his high school after showing his class caricatures including one of the Prophet Muhammad during a discussion on free speech.

“Before it was a school professor, this time the Islamo-fascist barbarism chose to attack inside a church. Again, it is very symbolic,” Estrosi added.

Police confirmed that three people had died in the attack.

France’s anti-terrorist prosecutor has been brought in to investigate charges of “killing linked to a terrorist organisation”.

Nice was attacked in July 2016 when a terrorist drove a 19-tonne truck into crowds of people celebrating Bastille Day on the famous Promenade des Anglais, killing 86 people and injuring 458 others. The driver Mohamed Lahouaiej-Bouhlel, a Tunisian living in France, was shot and killed by police.

After the killing of Paty at Conflans-Sainte-Honorine on 16 October, Macron said France was engaged in an “existential” battle against Islamist fundamentalism.

His comments and support for the publication of controversial caricatures of the Prophet by the satirical newspaper Charlie Hebdo have sparked angry protests across the Muslim world, with pictures of the president burned and calls for a boycott of French goods.

The prime minister, Jean Castex, left the Assemblée National urgently after a minute of silence before joining the interior minister, Gérard Darmanin, in a “crisis cell” at the ministry.