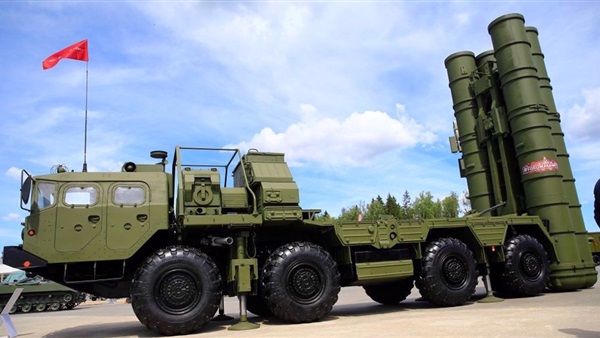 “It is true, these tests have been done and are being done,” Erdoğan said in televised comments after attending Friday prayers in Istanbul.

The United States has threatened sanctions against Turkey after it took delivery of the S-400s from Russia last year and has excluded the country from a programme to build and acquire the F-35 stealth fighter jet. The U.S. State Department has condemned the apparent test firing in northern Turkey last Friday.

Erdoğan said Turkey would not act at the behest of the United States. Fellow NATO member Greece had previously taken purchased and used Russian S-300 missiles, he said.

“These gentlemen are disturbed because this weapon is Russian,” Erdoğan said. “But we are determined and will continue what we are doing.”

Washington says activation of the S-400s would compromise NATO’s defences and potentially allow Russia to gather information about the F-35 and other U.S. military hardware.

The United States has been clear to Turkey at the highest levels that the S-400s should not be operationalised, State Department spokeswoman Morgan Ortagus said last week. Activating the weapon would have serious consequences for the security relationship, chief Pentagon spokesman Jonathan Hoffman said.

The S-400 is a successor to the S-200 and S-300 systems and is believed to be capable of engaging a wider variety of targets at longer ranges than equivalent U.S. systems, according to military analysts.

The United States has offered to provide Patriot missile systems as an alternative, but Turkey refused because Washington declined to provide a transfer of the weapon’s technology.

Earlier this week, Turkish Defence Minister Hulusi Akar said Turkey was sticking to its demands regarding the Patriots.

“Only Russia has responded to Turkey’s needs suitably,” he said in an interview with Bloomberg. “If you are selling a system, it is your duty to persuade whoever necessary and deliver the system.”

The Pentagon's chief spokesperson Jonathan Hoffman quickly condemned the development, and said that an operational S-400 system is “not consistent with Turkey's commitments as a U.S. and NATO ally.”

“We, along with our whole NATO alliance, have done everything we could to divert Turkey from buying a missile defence system by our acknowledged adversary Russia,” Hutchison said during an online press conference in Brussels on Wednesday.