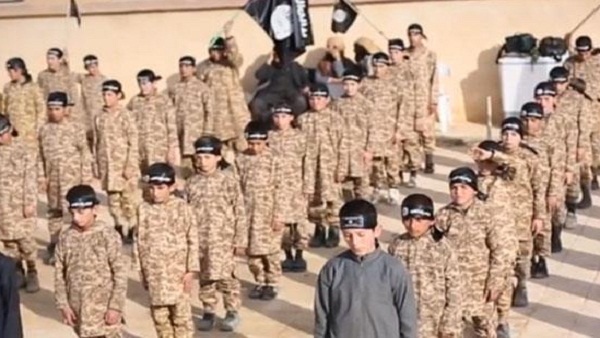 The Islamic State of Iraq and Syria (ISIS) has started recruiting children within its ranks to compensate the human losses it sustained over the past years, the al-Azhar Observatory said in a report.

It added that the terrorist organization is following the same strategy in Africa where tough economic conditions make it easy for it to recruit the children.

African countries face a problem of terrorists who cannot be easily identified, the observatory said.

It added that the recruitment of children by ISIS has started taking a human dimension, especially after the failure of the international community in finding a way to deal with these child recruits.

ISIS lures African children into it by money and food, things they miss in their countries. This is why the terrorist organization finds these children as an easy prey.

ISIS tries, meanwhile, to expand its influence in the continent where the population is made mostly of youth. It uses deteriorating economic, social, political and security conditions in the continent in order to control its vast resources.

The terrorist organization posted a video recently, in which it shows a group of children swearing allegiance to it.

Some of the children featured in the video are hardly ten years old. They appear in the video carrying firearms. Behind them, the black flag of ISIS flutters. A commander of the organization guides the children somewhere in central Africa.

ISIS wanted to deliver the message that it is still present in the region with the aim of controlling it.

The video also shows that ISIS has a safe refuge in the region where it films its own videos.