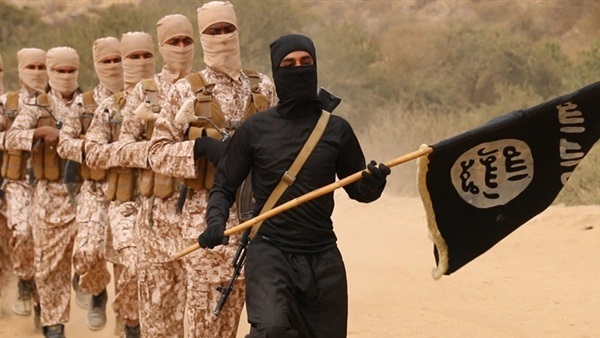 Armed groups, especially the al-Qaeda and ISIS terrorist organizations, rely on kidnapping and looting to extort the hostages’ countries.

Despite these groups’ attempts to delude the world that they have succeeded in imposing their conditions, reality says otherwise, as internal divisions and security and military prosecutions push these organizations to the brink of abyss.

In October, Jamaat Nusrat al-Islam wal Muslimeen (JNIM) released a French hostage in Mali, Sophie Petronin, who was kidnapped on December 24, 2016, after which the authorities in Bamako decided to release more than 130 militants, as well as pay a large sum of money to the terrorist group, which is affiliated with al-Qaeda.

In February and July, Chinese workers in Nigeria were subjected to kidnappings, extortion and ransom payments, which led to a loss of $20 billion for the Chinese that was paid to Boko Haram for their release.

Since 2003, the kidnapping of European hostages by terrorist groups has witnessed a boom, most notably the kidnapping of Pierre Kamat, who was kidnapped and held by al-Qaeda in the Islamic Maghreb (AQIM) from November 24, 2009 to February 23, 2010, when he was released under an exchange with Hamada Ould Mohamed el-Kheirou, founder of the Movement for Oneness and Jihad in West Africa. In April 2010, Michel Germaneau was kidnapped by AQIM and was killed on July 22, 2010, after the Mauritanian forces failed to liberate him.

While many countries, especially European ones, have paid large sums of money in exchange for the release of their citizens kidnapped by extremist organizations, other countries have refused to do so.

Due to the intensification of the terrorist threat in recent years and the simultaneous developments of terrorist financing patterns, the UN Security Council has taken a number of additional decisions to address new means of financing terrorism, including by targeting the link between terrorists and organized crime groups and by addressing fundraising activities through kidnappings for ransom.

The Security Council expressed its concern about the flow of funds to terrorists and the need to suppress all forms of terrorist financing. Therefore, the United Nations began to emphasize the need to combat terrorism and strengthen the capacity of states to meet the requests of interested countries for technical assistance in the field of combating terrorist financing.

In addition, many areas where ISIS and al-Qaeda are concentrated have witnessed widespread kidnappings of diplomatic and military employees, businessmen, and relief organizations employees, which they use to demand large sums of money in exchange for the hostages’ release. However, many terrorist organizations have then announced the execution of their hostages even after receiving a ransom.

In 2019, US Assistant Secretary of the Treasury for Terrorist Financing Marshall Billingslea stated that ISIS “still has the potential to obtain millions of dollars.”

After participating in a meeting in Luxembourg focused on combating ISIS, Billingslea told reporters that he expects the terrorist organization’s financial operations to “move from the central model in Iraq and Syria to an approach that depends much more on regions” in an effort to absorb the killing of its late leader, Abu Bakr al-Baghdadi.

Billingslea expected ISIS to rely on “its various regional agencies for greater self-sufficiency,” especially by obtaining ransoms from kidnappings, extortion and even the theft of cows in Nigeria, where it has a presence.

The extremist groups loyal to AQIM are the most influential in Africa’s Sahel region, which covers large areas of Mali, Burkina Faso, Niger, Nigeria, Chad and Mauritania, as they are the primary beneficiaries of ransoms. One such kidnapping took place in Benin in 2019, while a member of the French Special Forces was killed in an operation in Burkina Faso in 2019.