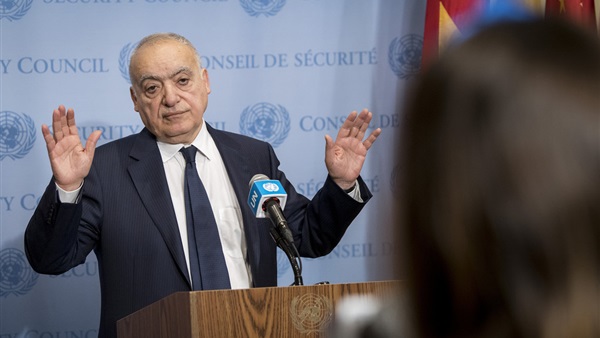 The U.N. envoy for Libya said Wednesday the two warring factions have agreed on issues that “directly impact the lives and welfare of the Libyan people,” noting that the thorny work to cement a cease-fire in the restive North African country will continue.

Stephanie Turco Williams, the U.N. envoy, cited agreements to open air and land routes in the country, to work to ease inflammatory rhetoric in Libyan media, and to help kickstart Libya's vital oil industry, as talks in Geneva continued this week under her mediation.

“I am pleased to report that the two sides have reached agreement on several important issues which directly impact the lives and welfare of the Libyan people,” she said. “I urge the two parties negotiating here in Geneva to solve all outstanding issues and forge a lasting cease fire agreement.”

Williams hailed “emerging hope" and "positive developments” for Libya's future, while warning of socioeconomic troubles, rising cases of COVID-19 and the continued intervention and meddling of foreign powers in Libya's internal conflict.

Libya is split between a U.N.-supported government in the capital, Tripoli, and rival authorities based in the east. The two sides are backed by an array of local militias as well as regional and foreign powers. The country was plunged into chaos after the 2011 NATO-backed uprising that toppled and killed longtime dictator Moammar Gadhafi.

Williams, an American who heads the U.N. support mission for Libya, said the talks involving the so-called Joint Military Commission will now take up arrangements for Libya’s central region, "paving the way for a cease-fire agreement.”

She said she was “quite optimistic” about the talks given the “air of seriousness and commitment” shown by the two sides.

U.N. organizers say the round is expected to run through Saturday, and Williams’ mission “hopes that the two delegations will reach a solution to all outstanding issues in order to achieve a complete and permanent cease-fire across Libya.”

The meetings make up the security aspect of three-track talks, also involving political and economic tracks, that are aimed at lifting Libya out of its grueling conflict.