Where is the Nagorno-Karabakh conflict heading to? 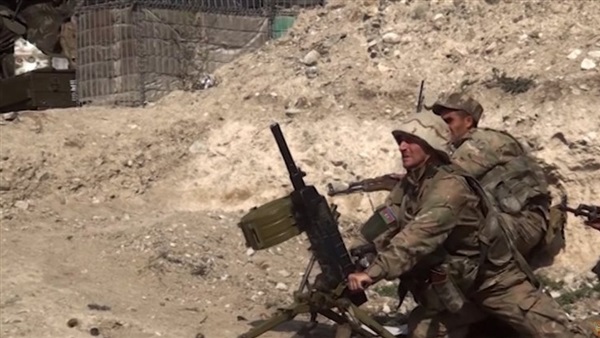 The ongoing conflict between Armenia and Azerbaijan over the disputed Nagorno-Karabakh region will most likely get worse because of the support Turkey offers the latter country.

Iran has lashed out at Turkey for supporting Azerbaijan in the conflict, yet another indication that the dispute can take regional dimensions in the coming period.

Iran has vital economic and security interests in the region. It is afraid that the conflict would incite ethnic problems inside it. Iran is also located in close proximity to the two warring countries. All these reasons can turn Tehran into an active participant in the conflict.

Nonetheless, the Russian situation continues to offer rays of hope against the internationalization of the conflict between Armenia and Azerbaijan. This is especially true after Moscow succeeded in convincing the two countries to hammer out a truce.

This was the conclusion of an important study by Jumana Manasra, a researcher at al-Mesbar Studies and Research Center.

Manasra tried to answer in her study questions about the future of the conflict between Armenia and Azerbaijan, especially after Russia's success in brokering a truce, for the second time in a row.

The truce started in October 10. However, a question remains about whether Russian mediation will succeed in preventing the internationalization of the conflict.

The disputed Nagorno-Karabakh region is mostly populated by Armenians. Nonetheless, international law recognizes Azerbaijani sovereignty over it. The former Soviet Union subsumed the region under the state of Azerbaijan in 1923. This was part of a Soviet policy for breaking ethnicities up.

Despite international recognition of Azerbaijan's sovereignty over the region, Azerbaijan had not imposed real control on it since the downfall of the Soviet Union, especially with Armenia's independence in 1990.