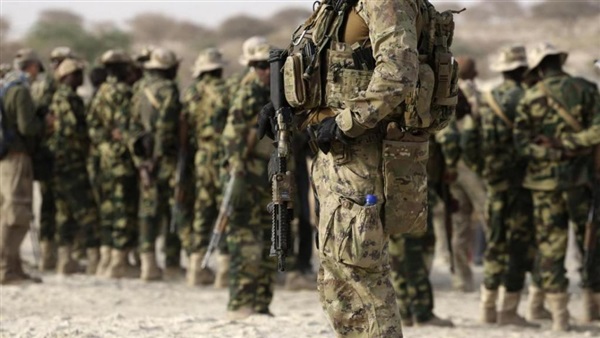 U.S. President Donald Trump plans to pull U.S. troops out of Somalia, dealing the African state yet a new blow at a time it suffers from a high wave of attacks by the al-Qaeda-leaning al-Shabaab movement.

The pullout of the U.S. troops comes within President's trump presidential platform ahead of his election in 2016.

Bloomberg ran a detailed report about U.S. presence in Somalia and the nature of U.S. troops in the country. The report also focused on relations between the U.S. troops and the Somali army.

It added that these troops included special forces that are helping train Somalia’s army.

All or almost all were sent during Trump’s presidency, Bloomberg said.

It said Trump began sending more forces to Somalia by mid-2017 as part of counterterrorism efforts.

Adding to Somalia’s potential security challenges if U.S. troops leave again, an African Union peacekeeping mission is scheduled to withdraw by the end of next year, Bloomberg said.

It noted that President Trump provoked confusion when he tweeted last week that the U.S. should bring all American troops home from Afghanistan by Christmas.

The Christmas target, it said, contradicted a statement by National Security advisor Robert O’Brien that the U.S. intends to reduce its troop level in Afghanistan to 2,500 by early 2021.

President Trump said U.S. troops are in all these different sites, fighting in countries that nobody ever heard of.

"And it hurts us -- because you wear out your military," he added in an interview with Fox Business.

"We have to be always prepared for China and Russia and these other places. We have to be prepared," he said.

Commenting on this Somalia President Mohamed Abdullahi said in an interview that he would like U.S. forces to stay in his country.

He added that he believes his country, with U.S. assistance, is on the brink of defeating the al-Shabaab insurgents.

"We really appreciate the U.S. support, and we are grateful for what the U.S. has done, and we would like to see the troops remain until the work is 100% accomplished,” Abdullahi said by phone from Mogadishu.