US judge refuses to dismiss lawsuit against brother of Qatari Emir 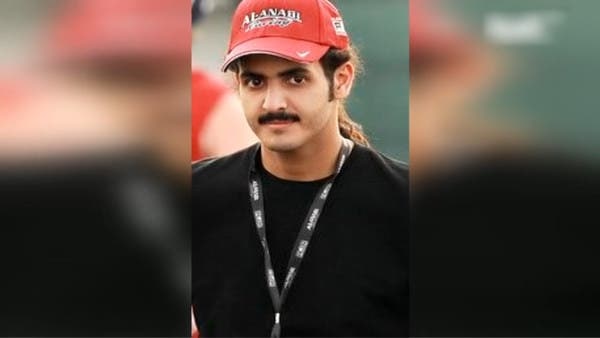 A US federal Judge this week rejected motions to dismiss a lawsuit that accuses the brother of the Qatari Emir Tamim bin Hamad Al-Thani of a range of illegal acts.

The decision allows the lawsuit, which was filed by six American contractors who worked for Sheikh Khaled bin Hamad bin Khalifa Al-Thani and his American racing network, to proceed.

Plaintiffs in the lawsuit allege Sheikh Khaled murdered an Indian employee who worked as his wife’s driver, ordered the killings of several racing industry rivals and engaged in widespread illegal activities in and outside of the United States.

Sheikh Khaled originally tried to dodge the lawsuit when it was originally filed in Florida in 2019. But when the lawsuit was re-filed in Massachusetts in June 2020, naming his racing company Al Anabi Racing USA LLC, he was forced to respond with eight lawyers filing motions for dismissal.

Federal court judge Richard G. Stearns ruled that the allegations and responses, more than 80 separate legal motions, were so complicated that it was impossible to decipher, directing both sides to consolidate their cases and asking the attorney for the plaintiffs, Rebecca Castaneda, to refile in two weeks.

Judge Stearns wrote: “The court denies defendants motions to dismiss without prejudice and allows defendants motions for a more definite statement. Plaintiffs shall, by October 30, 2020, file an amended complaint that eliminates extraneous allegations, pleads facts in a simplified manner, and identifies which allegations are relevant to each count in language comprehensible to a person of reasonable intelligence or the case will be dismissed.”

In the lawsuit, the six former contractors outline 29 separate charges offering an inside look into the frightening and violent underworld of the playboy race car driver’s life of drugs, sexual perversions, and violence.

The original lawsuit included two former employees, Matthew Pittard and Matthew Allende. But Sheikh Khaled, a big shot in the American race car industry, avoided it being served, a requirement in American law. His attorneys have also not responded to repeated email inquiries for a response. The refiled lawsuit was expanded to include other contractors for Sheikh Khaled, including Terry Hope, Robert Von Smith, Jason Mollenbrink, and Ramez Tohme, all of them American citizens.

In addition to naming Sheikh Khaled and 16 of his aliases, the lawsuit names 29 subsidiaries or “alter egos” of Al Anabi Racing USA LLC and its president and CEO, Donald Greenbaum, as defendants.

he lawsuit says Sheikh Khaled ordered Hope and Pittard to execute “eight separate murder-for-hire plots” as a condition of their employment. Hope was told to kill the head of an American racing circuit and his wife “to prove his loyalty.” The sheikh also ordered the killing of a Bahraini royal family member who raced in the same competitions.

Castaneda asserted that Sheikh Khaled ordered Allende and Pittard to murder a Moroccan woman who was a friend of the sheikh’s wife. Castaneda said he feared the woman was feeding embarrassing information to a Saudi national at a time when his brother, Emir Al-Thani, and Qatar were in an international row with Saudi Arabia and three other Arab countries.

In February 2011 and 2012, the lawsuit alleges, Sheikh Khaled tried to rig the outcome of the Arabian Drag Racing League’s “Battle of the Belts Championship,” hoping to boost his company’s international rankings.