How will Joe Biden approach Erdoğan if he wins? 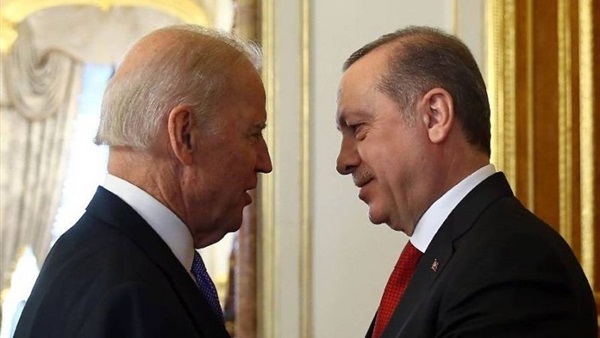 The United States presidential election is less than three weeks away and the world is urgently watching to see if President Donald Trump will get a second chance to lead or instead head for an early exit.

Trump’s rival, former Vice President Joe Biden, is leading him by wide margins in many polls, owing to an economy in recession and the president’s chaotic handling of the COVID-19 pandemic. If Biden emerges the victor in November, it may signal a turn away from Trump’s governing style.

Foreign policy has not played a large role in this election, but large questions and challenges loom on the horizon for the U.S. and the nations who have adapted to Trump’s “America First” approach to the world.

Few countries may have as much to lose in a Trump defeat as Turkey and its leader Recep Tayyip Erdoğan.

Blaise Misztal, a Turkey-focused research fellow at the Hudson Institute in Washington, said that if Biden wins, Erdoğan will lose an important ally in exchange for a figure with little appeal to Ankara.

“If we listen to the official statements made from the officials in Ankara, there is no love lost for Joe Biden,” Misztal told Ahval in a podcast.

“For a lot of personal reasons and policy reasons, Erdoğan certainly likes having access to the White House and likes controlling and leading that relationship at such a high level,” Misztal said.

Trump has been effusive at times in his praise for Erdoğan, whom he considers a friend despite often being harshly criticised for his closeness to the Turkish leader. The two speak frequently, sometimes up to twice a week, and Erdoğan’s calls are given priority by Trump according to sources who spoke to CNN.

For his part, Biden called Erdoğan an “autocrat” in an interview in January and insisted the Turkish leader must pay a price for actions against U.S. interests. Compared to Trump’s silence, Biden has spoken out against Turkey’s actions in the eastern Mediterranean, the recent decision to convert former church Hagia Sophia into a mosque, and called on Turkey to stop meddling in Nagorno- Karabakh.

Misztal, however, said that Biden’s statements as a candidate are not enough of an indicator as to how he would approach Turkey if he wins, citing consistent disinterest in Washington to dramatically alter U.S.-Turkey ties.

Instead, he suggested the biggest change will likely come through a shift in rhetoric rather than action.

“I see a President Biden being more willing to speak out against Turkish behaviour, but I don’t see the United States having really figured out this conundrum of what we really want from Turkey,” said Misztal.

Officially, the U.S. and Turkey remain allies under NATO, but the relationship has gone through a prolonged cooling period in recent years.

Erdoğan has long been frustrated by U.S. cooperation with Syria's Kurds across his southern border, and the refusal of U.S authorities to extradite former Erdoğan ally Fethullah Gülen for his alleged involvement in the aborted coup attempt in July 2016.

From the U.S. perspective, officials are frustrated by what they see as Turkey’s role in undermining the fight against the Islamic State in Syria, undercutting of sanctions against both Russia and Iran, and Erdoğan’s use of anti-American rhetoric for domestic politicking.

Biden, a former chairman of the U.S. Senate’s Foreign Relations Committee and vice president under Barack Obama, has a long history of dealings with other world leaders.

In a 2016 interview, Biden described his philosophy in a way that sounded remarkably similar to President Trump, emphasising personal rapport with counterparts. The then Vice President even included mediating between Erdoğan and Israel’s Benjamin Netanyahu as an example of this approach.

“It all gets down to the conduct of foreign policy of being personal. You’ve got to figure out what’s the other (leader’s) bandwidth,” Biden told The Atlantic. “You have to figure out what is realistically possible.”

However, Misztal sais that it would be difficult to consider Biden much of a pureblood realist.

“I think it's really hard to get your finger on what (Biden’s) worldview is or is going to be,” Misztal said, pointing to some of the candidate’s recent positions, including convening a summit of world democracies. Misztal said such suggestions point to more of a post-Cold War internationalist than a realist.

A Biden administration may not be all bad for Turkey, as it would come at a time when the U.S. strategic interest in the Middle East is on the decline. Under Trump, the focus has been on great power competition, often resulting in cosying up to Turkish rivals like Egypt and Saudi Arabia.

And while Biden has backed Ankara’s competitor Greece in the eastern Mediterranean, he has also harshly criticized the leaders in Cairo and Riyadh for their human rights abuses.

However, a lack of engagement will not mean the U.S. is ready to redefine its relationship with Turkey if that means losing Ankara to another power’s camp.

“Look, breaking up is hard to do, especially with a partner who has or could have a pivotal role that Turkey has,” said Misztal. “So long as there is a binary of being with or against us, it will be very hard to cut (U.S.) loses.”