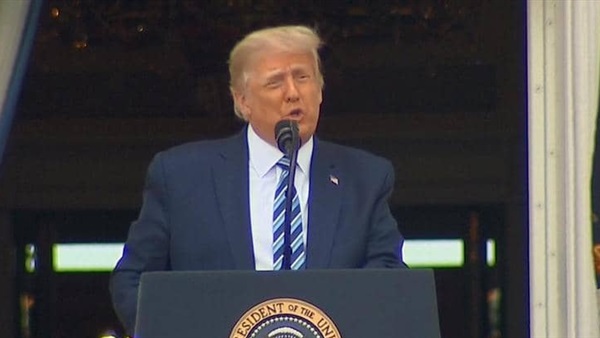 Turkish President Recep Tayyip Erdoğan can imprison anyone for any reason, including self-evident nonsense, said the editorial board of the Washington Post on Thursday, criticising the Trump Administration for not doing enough to stop Erdoğan’s relentless attacks and pressure on his critics in Turkey.

Thursday's editorial argued that the silence of the U.S. government leads the way for such “crackpot criminal allegations” levelled by Turkish prosecutors against philanthropist Osman Kavala, who has been jailed for 1,079 days. Turkish prosecutors issued a new indictment against Kavala, along with Turkey expert Henri Barkey this week.

According to new charges, Kavala and Barkey conspired together to overthrow the Erdoğan government via the failed coup attempt in 2016. Among the outlandish accusations against Kavala was being a “local collaborator” of “the famous Hungarian Jew” George Soros, the subject of countless conspiracy theories in Turkey and elsewhere, the paper said.

Erdoğan himself had a meeting with George Soros in person, together with his advisers, before he became prime minister in 2003. According to former president Abdullah Gül's top aide Ahmet Sever, Erdoğan asked Soros for help in that meeting, and told him that he and his party were “the open society in Turkey.” Sever says Soros helped Erdoğan afterwards.

Barkey and Kavala currently face three counts of life plus 20 years in prison. The first hearing of the most recent case Barkey is accused of will begin just before Christmas. “The 64-page indictment will go into the annals of jurisprudence worldwide as probably the most ridiculous one,” Barkey told Ahval.

“You’d think the State Department, which often boasts of its advocacy on behalf of U.S. citizens, would apply some pressure on behalf of Mr. Barkey and Mr. Kavala,” the editorial said. “Apart from a couple of statements by low-ranking officials, it hasn’t.”

A court in Istanbul removed the order to remand in custody philanthropist Osman Kavala, saying the decision was included in its final ruling by accident, news website T24 reported on Wednesday.

In March, another judge had already ordered Kavala’s release from pre-trial detention in relation to charges of attempting to overthrow Turkey’s constitutional order.

At the time, the philanthropist had just been acquitted in the Gezi Trial, where he stood accused of having funded and organised the 2013 Gezi Park protests, the biggest anti-government demonstrations in Turkey’s history.

He remained in prison when new charges of espionage were brought against him before he could be released.

With the remand order removed, the only remaining reason for Kavala’s continued arrest since November 2017 is the espionage charge, for which Kavala faces three counts of life plus 20 years in prison.

Kavala shares the charge with former U.S. State Department employee and Lehigh University scholar Henri Barkey, who in an interview with Ahval said the indictment against both of them would “go down in the annals of jurisprudence worldwide as probably the most ridiculous one.”