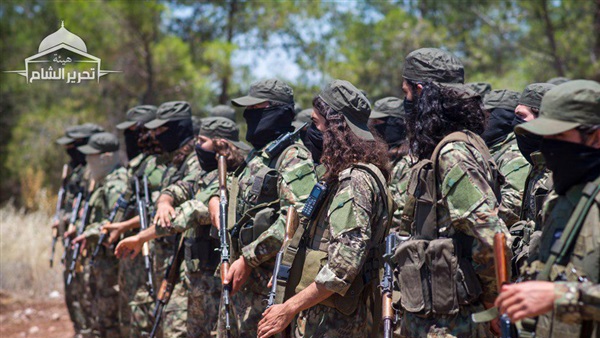 Ahrar al-Sham, one of the terrorist factions in northern Syria’s Idlib governorate, is witnessing major splits and divisions, along with assassinations. The finger of blame points to Hayat Tahrir al-Sham (HTS), which benefits from these cracks, according to the Syrian Arab News Agency (SANA).

SANA stated that Ahrar al-Sham holds HTS and its leader Mohammed al-Jawlani responsible for what happened.

According to the Syrian Observatory for Human Rights, tensions occurred among the ranks of Ahrar al-Sham in the Latakia countryside on Monday, October 12. HTS intervened and arrested some of the elements, including leader Abu Bakr Maghawir.

The tensions began with Ahrar al-Sham leader Abu Jaber al-Sheikh sending an order to isolate Abu Faris Daraa, the official in charge of the area, but the decision was rejected by Abu Faris and members of the military wing that sought help from HTS in confronting the decision.

Ahrar al-Sham said in a statement after the incident that Abu Jaber al-Sheikh sent his commanding deputy, Abu al-Ezz, to Jericho accompanied by groups to storm the area, forcing him to implement the decision to dismiss the leader Abu Faris Daraa.

After that, HTS strengthened its deployment in the region with checkpoints and surrounded the operations building of Ahrar al-Sham in order to cut off any confrontation against it, especially after the arrest of Maghawir.

The Syrian Observatory said that the differences among the ranks of Ahrar al-Sham benefit HTS leader Jawlani, because Ahrar al-Sham is the only strong armed faction competing with HTS in Idlib, so HTS wants these cracks to eliminate Ahrar al-Sham.

It added that HTS was also able recently to weaken the Guardians of Religion organization, and now it has weakened Ahrar al-Sham as well, and with the help of the Turks it will be able to eliminate them.

Syrian political activist Rayan Maarouf said that HTS found a great opportunity in the Ahrar al-Sham disputes to nurture the division in the rival terrorist movement in Idlib, especially as it wields great influence.

In a special statement to the Reference, Maarouf confirmed that HTS is calling for the formation of a unified council that brings together all the factions. However, this point was the subject of disagreement between the general command of Ahrar al-Sham, which moved cautiously in this regard for political considerations, while the commander of the military wing supported the idea.

Maarouf added that HTS believes that its intervention in favor of the commander of the military wing weakens the position of the general command, which could help it pass the idea of ​​a unified military council.

He noted that Ahrar al-Sham is heading towards division, although the bulk of its elements will remain with the general command, while HTS will be the winning body from the state of division, even if limited.