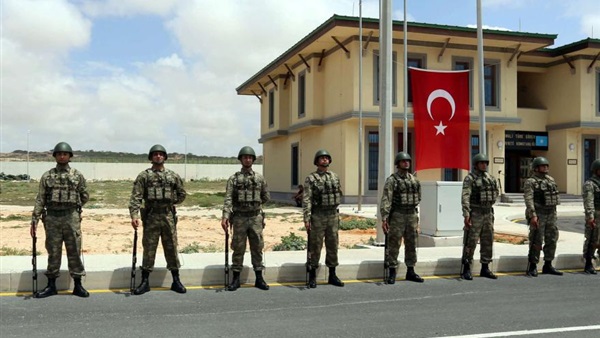 The Maat Foundation for Peace, Development and Human Rights has released an analytical study entitled “The human rights implications of the Turkish intervention in Africa: Libya and Somalia as a model”. The study deals with monitoring the human rights impact of the Turkish intervention, especially on the level of the rights to security and development.

The study monitored what Turkey is doing in Libya in terms of supplying arms, supporting armed militias, and sending Syrian mercenaries to Libya. It also dealt with Turkey’s economic control over the construction, energy and oil sectors, as well as its intervention through the trap of humanitarian aid, which has led to insecurity in the country and threatening the security of Libya's neighboring countries, in addition to seizing the state's economic wealth.

The study also examined the impact of the Turkish intervention in Somalia, starting with the military agreements between the two countries, including military support with arms and support for armed groups in the country, in addition to Turkish investments in Somalia as a means of controlling the country’s capabilities under the pretext of mutual cooperation.

Maat Foundation President Ayman Aqeel stated that there is a need to put an end to Turkey’s interference in the affairs of Libya and Somalia on the African level, given that this interference impedes the achievement of the African Union slogan for this year related to silencing guns.

Aqeel recommended international and regional bodies to impose collective economic sanctions on Turkey in order to stop it from supporting terrorism on the continent.

Meanwhile, Abdul Rahman Pasha, director of the research team at the African Affairs and Sustainable Development Unit, pointed to the need to pressure the Turkish government to stop sending Syrian mercenaries to Libya and Somalia. Pasha recommended the various stakeholders to press the international human rights mechanisms, especially the Human Rights Council, to report the human rights violations committed by Turkey, for which citizens in Libya and Somalia are paying the price.