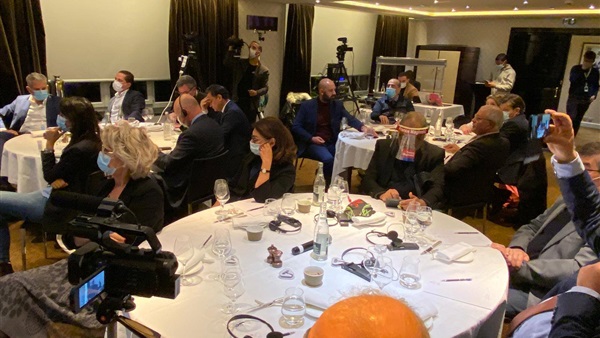 Journalist Eve Triar, managing editor of the French newspaper Le Figaro, said that Turkish President Recep Tayyip Erdogan is weak and his popularity is collapsing inside his country, stressing that it is difficult for Erdogan to make his power continue like Russian President Vladimir Putin.

During his speech on Tuesday at the Middle East Studies Center conference in Paris, which is being held under the title “Turkish interventions in the Middle East and their effects on world peace,” Triar added that he feels Erdogan is a weak man if compared to other world leaders. He stressed that Turkey cannot enter the European Union, noting that Turkey is the armed hand of extremist groups around the world.

Triar said that Turkey is extorting Europe with the file of illegal immigration and that it is receiving money from Europe as a result of this blackmail.