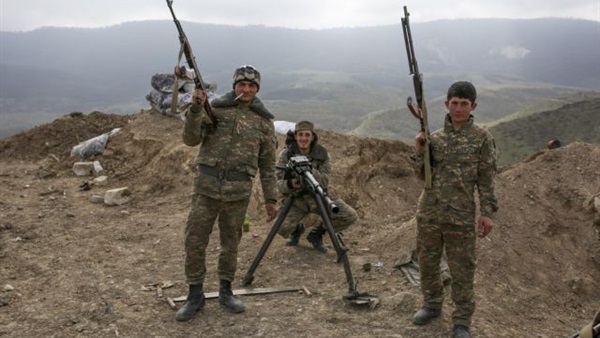 Armenian separatists have reported signs of Turkey’s support of Azerbaijan since border clashes erupted in the Nagorno-Karabakh region on Sunday.

Armenian forces gained control of Nagorno-Karabakh before a Russian-brokered ceasefire was declared in 1994. After that deal, Nagorno-Karabakh remained part of Azerbaijan, but since then has mostly been governed by a separatist, self-declared republic, run by ethnic Armenians and backed by the Armenian government.

Armenian officials said that Turkey had sent around 4,000 fighters from northern Syria to Azerbaijan and that they were taking part in the fighting. The claim was reiterated by Armenian separatists. An aide to Azerbaijani President Ilham Aliyev denied Armenia’s accusation, describing it as “another provocation by the Armenian side and complete nonsense”.

Armenian separatists also said they were attacked by Turkish F-16 fighter jets, however the report has remained unconfirmed.

Turkey, for its part, has vocally asserted its support for Azerbaijan, a political ally it shares cultural and historical ties with and provides arms to, in the conflict.

Turkish President Recep Tayyip Erdoğan said on Sunday that Armenia was "the biggest threat to peace in the region" and that Turkey would “increasingly continue” its solidarity with Baku.

“The entire conflict in Karabakh was likely planned or pushed by Ankara to create a new crisis so the ruling party can invade another country, after having invaded Syria, Iraq and Libya,” he said in a series of Twitter posts.

Turkey and Azerbaijan also have strong bilateral defence ties, having carried out joint military exercises over the years.

In recent months, Azerbaijan signed arms deals with Turkey to procure Turkish-made multiple-launch rocket systems (MLRS) and Bayraktar TB2, the latter of which has a reputation for its decisive role in repelling an offensive by opposition forces in Libya.

Security expert Sebastien Roblin wrote in Forbes on Monday that evidence from drone strike footage shared by the Azerbaijani Defence Ministry showed that Azerbaijan was using the Turkish-made combat drone in Nagorno-Karabakh operations.