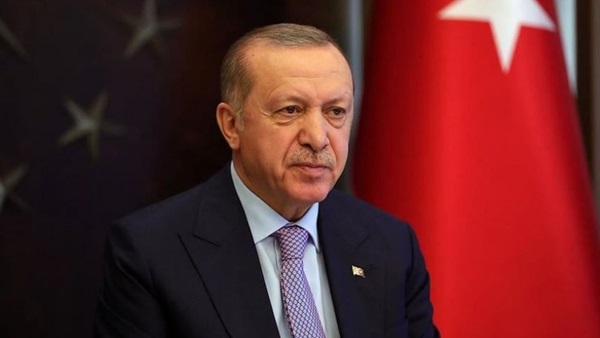 At a time when the Libyan arena is witnessing a wave of political talks to end the fighting and bring the parties together, the United Nations has issued a stern warning to Ankara to withdraw its mercenaries from Libya within 90 days so as to ensure a political solution and an urgent rescue operation for the country.

Stephanie Williams, UN deputy envoy to Libya, stressed the need to remove foreign forces and mercenaries from Libya and to push forward the political talks, emphasizing that it is unacceptable that military equipment continues to enter Libya on a daily basis, while the Libyan parties, represented by the House of Representatives and the High Council of State, are scheduled to meet in the Moroccan resort town of Bouznika on Tuesday, September 29.

Williams said that the agreement would give the mercenaries 90 days to leave (referring to the mercenaries sent by Turkish President Recep Tayyip Erdogan), confirming Turkey's involvement in violating international agreements.

Williams confirmed that mercenaries continue to enter into Libya, indicating that Ankara's pledges to stop the transfer of weapons are false. She also called for the protection of Sirte and the surrounding areas, as it is considered a strategic area in central Libya where Libyan oil is located.

Turkey continues to violate UN resolutions and international commitments to the arms embargo imposed on Libya, as Ankara continues to send dozens of shipments loaded with mercenaries, weapons and explosives.

On the other hand, Ankara mercenaries have begun to return to Syria again, as the leaders of the militias did not pay their salaries. The leaders of the Sultan Murad Division evaded paying salaries to its elements demanding their dues from being in Libya.

In the beginning of September, Ankara reduced the salaries of mercenaries who wish to remain in Libya from roughly $2,000 to only $600. This prompted mercenaries to return to northern Syria after fighting within the ranks of Libya’s Government of National Accord (GNA) militias.

The Syrian Observatory for Human Rights said that more than 1,400 fighters from Syrian armed factions who were fighting for the GNA in Libya have returned after the end of their contracts. It confirmed that the number of those who went to Libya so far amounted to about 18,000 of Syrian nationality, including about 350 children under the age of 18. An estimated 8,500 of them returned to Syria after the end of their contracts and taking their financial dues, while the number of terrorists who arrived in Libya reached 10,000.