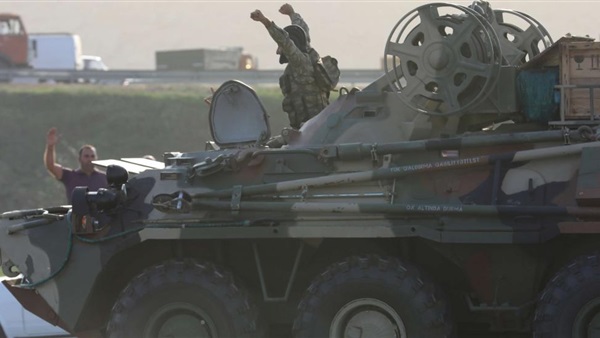 Turkey’s lira hit an all-time low against the dollar after the country became embroiled in a latest regional conflict, this time between Azerbaijan and Armenia.

The lira fell 2.1 percent to 7.819 per dollar, taking losses this year to 24 percent. It traded weaker than 10 against the British pound, hitting double figures for the first time since the government wiped six zeroes off the currency in 2004

Turkey has deployed military hardware including F-16 fighter aircraft to Azerbaijan ahead of the latest military clashes with Armenia over the disputed region of Nagorno-Karabakh, a majority Armenian region within Azerbaijan’s borders. The lira is also falling after financial institutions including Goldman Sachs said the time was not right to invest in emerging market currencies.

“The fear is that Turkey, whose economy is on its knees and is actively engaged in escalating conflicts in northern Syria, and with Greece in the Mediterranean, could get dragged into yet another regional conflict it can ill afford, either politically or economically,” said Jeffrey Halley, senior market analyst at Oanda in Singapore, according to Bloomberg.

Turkey has deployed its military to fight Kurdish militants allied with the United States in Syria, sent its navy to protect drill ships near Greek islands in the eastern Mediterranean and is supplying military hardware and know-how to the government in Tripoli, Libya against an opposition army backed by Russia and Egypt.

The Turkish central bank unexpectedly increased its benchmark interest rate by 2 percentage points to 10.25 percent last week to help defend the lira, which investors have sold on concerns for economic instability as the government fuelled growth with a flood of cheap lending from state-run banks.

Turkey is an historical ally of Azerbaijan, with which it shares close cultural and language ties. The Azeri and Armenian militaries clashed on Sunday with Armenia saying it was responding to missile attacks from Azerbaijan. The two countries fought a war over the region in 1994. The conflict ended with a Russian-brokered ceasefire, which the two countries have undermined by skirmishes on several occasions since.

International banks including Goldman Sachs and Deutsche Bank are taking a risk-off approach to high-yielding emerging market assets such as the lira, citing expected volatility over U.S. elections. Turkey suffered a currency crisis in 2018 and some investors are concerned that it will be repeated.

On Monday, Turkey's banking watchdog loosened banks' asset ratio requirements, in place since April to coerce banks into lending more to the economy and to buy government debt. The ratio was lowered to 90 percent from a previous 95 percent.