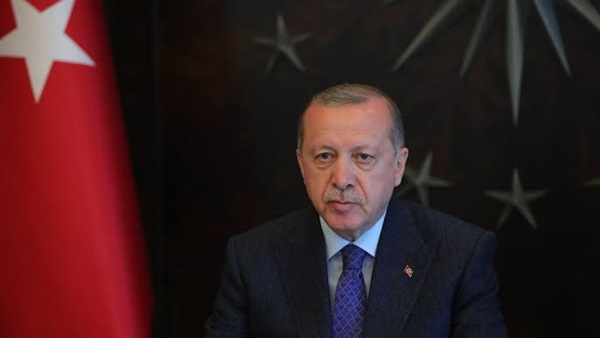 Turkish President Recep Tayyip Erdogan has is being held hostage by redlines drawn him in the past period by influential states in the region.

In Libya, he is incapable of crossing the redline drawn him by Egyptian President Abdel Fattah al-Sisi, namely this of Sirte and al-Jufra.

The Turkish president has also failed in achieving his goals in Syria after Russia reined in his ambitions in this Arab country.

The same thing has happened in the East Mediterranean after French President Emmanuel Macron sent naval units to safeguard the Greek coast.

Fighting on all fronts

Erdogan has changed the zero problems policy of his country into a problems on all fronts one.

He once viewed the Syrian civil war as a good opportunity for him to expand the influence of his country in Syria. However, Russia drew redlines for him in Syria, sabotaging his ambitions in the country.

Erdogan has been campaigning for deposing Syrian President Bashar al-Assad since 2011. Nonetheless, he failed in achieving this objective, despite all the military operations he carried out in Syria and the large number of terrorist organizations he supported in it.

The Turkish army is also sustaining untold losses at the hands of the Syrian army. This is especially true with the support given the Syrian army by Russia.

Erdogan is accused of weakening his country's army. He embroiled the army in the presumed coup attempt in July 2016. He also destroyed three successive generations of army officers.

The Turkish president ordered the arrest of almost all senior army officers in a political satire revealed by a leaked classified document recently.

The document says that Turkish authorities had arrested 7,000 people in the first 72 hours following the presumed coup attempt.

It adds that Erdogan also ordered the sacking of tens of thousands of civilians and military officials from their jobs.

He also used the presumed coup attempt to amend the Turkish constitution and expand his powers.