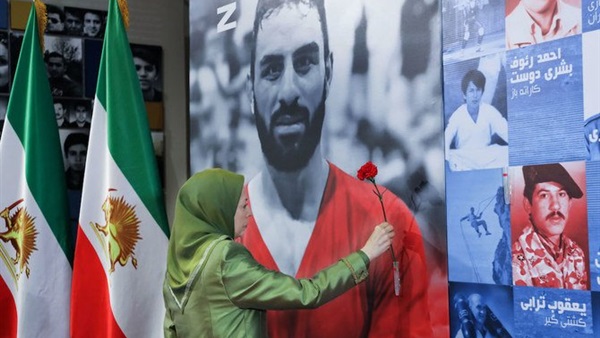 An international summit of activists and political leaders on Friday called on the UN to get tough on Iran’s “murderous, terrorist” government by implementing stronger sanctions against the regime in Tehran.

More than 100,000 people from Europe, the US and Iran took part in the online Transatlantic Summit to Support a Free Iran, which was organized by the National Council of Resistance of Iran (NCRI) and the People’s Mojahedin Organization of Iran (PMOI).

Among them were Republican and Democratic US politicians who set aside domestic differences to join the condemnation of the Iranian regime and demand an end to its campaign of repression.

Several speakers highlighted a “new wave of executions” in Iran stemming from mass protests that began in 2018 and surged again in November 2019 after the Iranian regime increased the price of gasoline.

There was an international outcry this week after it was announced on Sept. 12 that Navid Afkari, an Iranian national wrestling champion, had been executed. He was arrested during the 2018 protests and accused of killing a security guard, a charge he denied.

“His only crime was to rise up and fight to overthrow a regime that has devastated Iran and drenched it in blood while plundering the nation,” said Maryam Rajavi, the newly elected president of NCRI, during her opening remarks at the summit.

“The people of Iran had been protesting for weeks against the death sentence handed down to him by (Iranian Supreme Leader Ali) Khamenei’s judiciary. The people of Iran, human-rights advocates, freedom lovers and athletes launched an unprecedented worldwide campaign to stop the inhuman verdict.

“Today, Navid Afkari lives on in the hearts and struggle of thousands of resistance units in Iran, (which) will continue to resist and rise up for freedom and justice.”

The Iranian leadership has a long history of executing activists who oppose its rule. In 1988, more than 30,000 protesters were rounded up and put to death. Rajavi said that Iran’s leaders should face justice for those killings and the murders that followed in the following three decades.

“The experience of the past 40 years of the clerical regime’s rule in Iran has shown that it has continued its rule by committing 120,000 executions on political grounds, including the 1988 massacre of 30,000 political prisoners, 90 percent of whom belonged to the PMOI,” she added.

“The regime has been condemned 66 times so far by the UN General Assembly, as well as in the Human Rights Commission and Council for its gross human rights violations.”

Iran has spent more than $30 billion to protect the regime of dictator Bashar Assad in neighboring Syria, Rajavi said, ordering Iranian militants and their allies deployed there to target and kill American soldiers and advisers.

With American politics increasingly divided in the run-up to the presidential election on Nov. 3, there was a rare display of harmony between Republicans and Democrats.

“Iran is a regime of terror,” Giuliani said during his live video address. “Every year brings a new year of violations of human rights, deprivation and terrorism.”

Although most speakers looked to the future, urging the UN to strengthen its sanctions against Iran, Giuliani took the opportunity to criticize former President Barack Obama for trying to “appease” Tehran in 2015 by agreeing to give the Iranians $1 billion at the time of the negotiations for the Joint Comprehensive Plan of Action (JCPOA), the so-called nuclear deal, under which Iran agreed to give up its research into nuclear weapons.

British MP David Jones said that the (JCPOA) and the failure to crack down on the Iranian regime had “encouraged them to pursue terrorism against its critics,” including members of the US Senate and Giuliani, who has been an outspoken critic of the regime for many years.

Other speakers including former general James Jones, who served during the Obama administration. He denounced the regime in Tehran as one that engages in “scandalous, outrageous and unspeakable cruelty to their own people.”

On Aug. 14, the UN Security Council rejected a US-led draft resolution calling for an extension of a UN arms embargo on Iran, which is due to expire in October. Trump is expected to announce this week that the US will impose its own embargo against Iran, and urge other nations to follow suit.

Rajavi criticized the UN for failing to act after the attacks on protesters last fall, or to condemn the execution of Afkari.