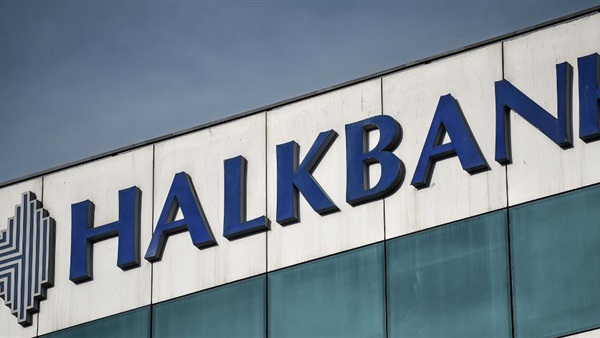 Friday saw the beginning of oral arguments to dismiss the case against Turkey’s state-owned Halkbank for violating United States sanctions against Iran. Attorneys for the defendant pushed to drop charges on the grounds that their client, as a government lender, was immune to U.S. criminal law.

Simon Latcovich of Williams & Connolly took the lead in issuing Halkbank’s rebuke of the indictment, by arguing that U.S. prosecutors failed in making their case on why a state-owned entity could be held liable in an American courtroom.

“The government has to meet certain burdens, not the defence,” Latcovich argued, citing the Sovereign State Immunity Act (SSIA) that provides foreign governments certain protections from U.S. law. “We believe the government has not met these hurdles.”

Latcovich’s defence focused on two points: That the contact with the U.S. financial system was so incidental that it did not merit prosecution, and that Halkbank’s actions as a state-owned bank were unique in it having been granted this power by the state, the government of Turkey.

Halkbank stands accused of laundering up to $20 billion on behalf of Iranian entities, bank fraud charges, and concealing the nature of these illicit transactions from U.S. officials. In the initial indictment, Halkbank’s senior managers are accused of “systematic participation in the illicit movement of billions of dollars’ worth of Iranian oil revenue that was designed and executed by senior bank officials.”

The defence insists that only a billion of this sum passed through U.S. jurisdiction incidentally, thus had no immediate consequence in it. From this, Latcovich contended that the government overreached in its initial indictment.

On the allegation that the bank knowingly conspired to undermine American sanctions, they cited the appeal decision in the U.S. vs Atilla case delivered by the Court of Appeals for the Second Circuit in July.

That case was the result of an appeal filed by former Halkbank executive Mehmet Hakan Atilla, who was convicted for facilitating the sanctions-busting scheme. The ruling found that it is not unlawful for a person to conspire to avoid the imposition of secondary sections in violation of International Emergency Economic Powers Act (IEEPA), but other evidence and charges against Atilla meant his conviction still stands.

Using the Second Circuit’s ruling, Latcovich said that Halbank “did not need to lie” to engage in these transactions, and that the power to conduct the transactions was a right given to it by the government.

This argument indirectly admits that Turkish officials approved of the sanctions-scheme. Reza Zarrab, the Turkish-Iranian businessman convicted of spearheading the scheme, told prosecutors during his trial that bribes were paid to former minister Mehmet Zafer Çağlayan, who was indicted alongside him.

At the time of Zarrab and Çağlayan’s indictment, Turkish Economy Minister Nihat Zeybekçi defended his predecessor by saying, “It is no concern to Turkey if Çağlayan acted against interests of other countries."

Zarrab testified that Turkish President Recep Tayyip Erdoğan had given the green light for the sanctions-busting scheme and a former economy minister had taken million of dollars in bribes to cover it up. Turkey described the trial as a U.S. plot to undermine the government.

Federal prosecutor Sidharda Kamaraju rebuked Halbank’s arguments for immunity as narrow and inconsistent with the rest of the government’s charges.

In regard to the SSIA, the prosecutor argued the law primarily relates to civil lawsuits and it was not written to provide immunity from criminal violations. Kamaraju accused Halkbank of “asking the court to save it from the executive branch,” by pursuing this line of defence, something he deemed nonsensical.

Kamaraju also rejected the defence’s invocation of the Atilla ruling as inadequate to dismiss the case. While the ruling protected defendants from being punished for conspiring to violate U.S. sanctions law, it did not change the fact Atilla and other senior Halkbank managers acted knowingly to follow through on that plot by Zarrab to do so.

“You have a plan by Zarrab, and the bank, and others to hurt the United States,” said Kamaraju. “Zarrab was one of the bank’s co-conspirators. It can not run away from his conduct because it facilitated it.”

The hearing was the latest attempt by Halkbank to end the case and avoid any penalties. The bank previously refused to even acknowledge the charges and after filing a not-guilty plea, sought the removal of the presiding Judge Richard Berman of the Southern District of New York for bias. Judge Berman served as the judge in both the Zarrab and Atilla cases.

Berman has rejected these claims, writing last week that Halkbank had "astonishingly and falsely" claimed he supported the Fethullah Gülen Terrorist Organization, referred to as FETÖ by Ankara which accuses it of being behind the July 2016 coup attempt.

The judge did not rule on Halkbank's dismissal request. A trial remains scheduled for March 1, 2021.

Halkbank was accused of involvement in a complex scheme to circumvent sanctions on Iran between 2011 and 2016. The indictment states that Turkish-Iranian millionaire businessman Reza Zarrab bribed high-ranking Turkish officials, including ministers, to facilitate the oil-for-gold scheme in which Halkbank’s management was accused of intentionally aiding and managing. According to the indictments both in Zarrab and Halkbank cases, Halkbank played a central role in the scheme to sometime ‘launder’ the money and other times let money flow out in gold to the Gulf then to Iran via Zarrab’s companies. Zarrab was arrested in Miami as he arrived with his family in 2016, and later on flipped and pled guilty for sanction-busting schemes in 2017, explaining the details of the scheme at the same courtroom in front of a big white board with his own drawings.

On Oct. 15, 2019, the Southern District of New York indicted Halkbank with fraud, money laundering, and sanctions offences related to the bank’s participation in the same multibillion-dollar scheme to evade U.S.sanctions on Iran. Accusations were cited in the indictment stemming from the earlier Zarrab case. Ahval’s Ian J. Lynce wrote early December that Halkbank is grappling to find funding following the indictment, since international banks are wary of lending to the majority state-owned Turkish bank as it may be hit by U.S.sanctions, S&P Global reported.