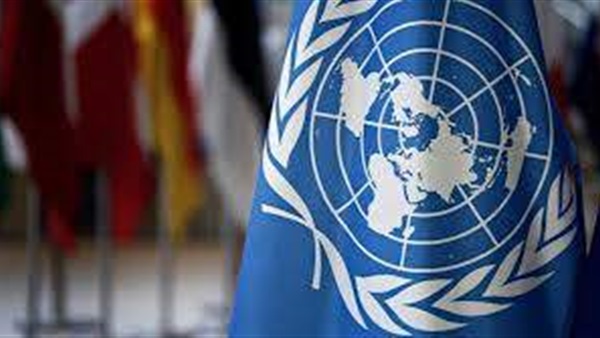 The UN Security Council adopted a resolution on Tuesday demanding that all countries enforce the widely violated UN arms embargo on Libya, withdraw all mercenaries from the North African nation.

The council also called for political talks and a cease-fire in the war, stressing it has no military solution. The vote was 13-0, with Russia and China abstaining.

In the years after the 2011 uprising that toppled longtime leader Muammar Qaddafi, Libya has sunk further into turmoil and is now divided between two rival administrations, based in the country’s east and west, with an array of fighters and militias — backed by various foreign powers — allied with each side.

The resolution’s approval follows a recent report by UN experts monitoring sanctions on Libya that accused its warring parties and their international backers of violating the arms embargo, saying it remains “totally ineffective.”

The resolution also extended UN’s political mission in Libya, or UNSMIL, until next September and stressed its “central role in facilitating a Libyan-led and Libyan-owned inclusive political process and in achieving a lasting cease-fire.”

The job of former UN special representative Ghassan Salame, who resigned in March, has been split into two, as the US demanded, putting a special envoy in charge of UNSMIL to focus on mediating with Libyan and international parties to end the conflict, with a coordinator in charge of day-to-day operations.

The US demand held up a replacement for Salame and the resolution asks Secretary-General Antonio Guterres to appoint a special envoy “without delay.” One possibility is the UN’s current top Mideast envoy, Nikolay Mladenov, a former Bulgarian foreign minister, UN diplomats said, speaking on condition of anonymity because discussions have been private.

East-based forces, under commander Khalifa Haftar, launched an offensive in April 2019 trying to capture the capital, Tripoli. But Haftar’s campaign collapsed in June when militias backing the government in Tripoli, with Turkish support, gained the upper hand, driving his forces from the outskirts of the capital and other western towns.

In addition to countries that supplied weapons, the experts said 11 companies also violated the arms embargo, including the Wagner Group, a private Russian security company that in May provided between 800 and 1,200 mercenaries to support Haftar’s forces. The warring sides and their international backers also failed to inspect aircraft or vessels believed to carry weapons and ammunition.

The UN resolution called on all parties “to commit without delay to a lasting cease-fire and political dialogue under the leadership” of the new special envoy.

It requests that Secretary-General Antonio Guterres assess the steps required to reach a lasting cease-fire and the possible role of UNSMIL “in providing scalable cease-fire support,” alongside a report within 60 days on proposals for monitoring a cease-fire under UN auspices.

EU members of the Security Council — Belgium, Estonia, France and Germany — and Ireland which will join the council on Jan. 1, said the resolution’s adoption “is important and comes at a moment of cautious optimism for Libya.”

They pointed to statements by Fayez Al-Sarraj, head of the Government of National Accord in Tripoli, on Aug. 21 calling for a cease-fire across the country and demilitarizing the strategic city of Sirte which was supported by Aguila Saleh, speaker of the rival eastern-based House of Representatives, calling them “encouraging first steps to overcome the stalemate.” The EU members also encouraged Guterres to appoint a new special envoy as soon as possible.

The resolution also condemned “the forced shutdown of oil facilities,” reiterating that “Libya’s oil resources are for the benefit of all Libyans.”