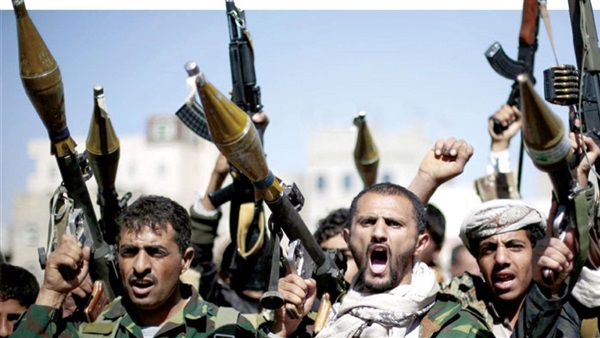 The Yemeni government renewed its commitment to establish lasting peace in the war-torn country, blaming the Houthi militia for undermining efforts to resume the political process.

This came in a statement delivered by Yemen’s permanent representative to the United Nations, Ambassador Abdullah Al-Saadi, at the open session of the UN Security Council on the situation in the Middle East on Tuesday.

Al-Saadi affirmed his government's support of the Special Envoy to Yemen Martin Griffiths and his efforts to reaching a ceasefire, and stabilizing the economic and humanitarian situation in the country, Yemeni state news agency Saba reported.

He blamed the Houthi militia for escalating the war in the country and targeting civilians with ballistic missiles and drones.

Al-Saadi claimed that the militia was committing many violations that undermine humanitarian work by steal relief aid, target homes and places of worship, and using child soldiers in their war.

Al-Saadi also affirmed the government's commitment to accelerate the implementation of the Riyadh Agreement – the power-sharing deal between the anti-Houthi coalition – to unite efforts to confront the Iranian-backed militia.

The ambassador also discussed the Houthis’ failure to implement the provisions of the Stockholm Agreement – signed in December 2018 – and their disruption of the UN mission to support the agreement.

“The Houthi militia’s violations of the ceasefire in Hodeidah have also increased dramatically, and they have refused to clear mines or open humanitarian corridors or to allow United Nations patrols to move inside the city,” he said.

“They continue to use Hodeidah as a platform for drone attacks and booby-trapped boats,” he added.