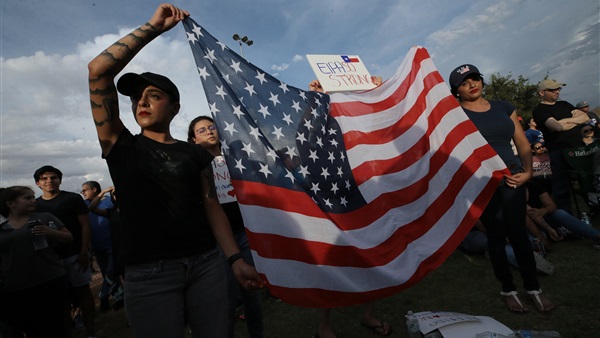 At the center of all these noble races we cannot fail to see the blond beast of prey, the magnificent blond beast avidly prowling round for spoil and victory; this hidden center needs release from time to time, the beast must out again, must return to the wild.”

One of the stimulating aspects of philosophy is its subjective nature. The branch of philosophy known as the philosophy of the mind takes an ontological approach in exploring the nature of subjectivity. By examining it through that lens, subjectivity is in flux with objectivity. Philosophy of the mind claims that the way humans experience reality is through a unique emotional or mental state that is infinitely variant to each individual. And while that idea may have strokes of truth brushed over its rather abstract canvas, behind most philosophical works is a foundation constructed with context.

Subjectivity and context could be viewed as in tension with one another if you apply the idea of objectivity to the latter. Context is a basis in which subjectivity can thrive. For example, take into consideration the above quote by the 18thcentury German philosopher, Friedrich Nietzsche. This quote is derived from his work titled “The Genealogy of Morals,” a collection of essays exploring the histories of moral concepts.

Even though he was credited with saying “there are no facts, only interpretations,” Nietzsche had context behind his philosophy, which was inspired by both the current times as well as his own worldview.

In contrast, there is an unwavering ability for an individual to view a philosopher’s work subjectively, and to assign their own meaning to it in order to advance their own ideologies. Universally speaking, with all instances of this sort of subjectivity, the original context still exists, but the subjective interpretation can bury it. This was demonstrated by Adolf Hitler.

Hitler, a man who needs no introduction, happened to be one of the most prolific misinterpreters of Nietzsche’s philosophy. In 1930’s Germany, Hitler intertwined Nietzschean thought into his orations in parallel to the public media designed by Joseph Goebbels, the Third Reich’s Minister of Propaganda and Hitler’s close confidant. These false interpretations of Nietzsche were used as kindling for the eventual firestorm of racism and white supremacy that was in its incipient stage amongst the German population.

Richard Spencer is an infamous figurehead of the modern-day white nationalist and alt-right movement in the United States. In replacement of brown shirts and swastikas, Spencer and his followers commonly don clean suits and undercut hairstyles, while masquerading their extremist views as an honest attempt at “preserving white European culture” in the midst of globalization, refugee replacement, and mass immigration into the U.S.

Similar to Hitler, Nietzsche is credited to be an inspiration to Spencer, despite the problematic tension between the former’s context and the latter’s subjective interpretation of said context. The rhetoric of Spencer and his movement is often portrayed as a form of intellectual thought, as per the National Policy Institute of which he is the president and director. His is a professional attempt at normalizing the white identity movement and increasing its attractiveness with an illusion of a clean-cut and well-mannered presentation.

The modern white identity movement has the goal of establishing an independent white nation-state that is based on the values and culture commonly associated with white Europeans. Preservation of race and heritage is paramount, and grassroots movements are the way ideological adherents can further the cause. Instead of violent skirmishes and collective aggression, the identity movement’s goals can be achieved by educating, local organizing, and inserting like-minded individuals into the state and national political arena.

Semantics are also important. “White Supremacy” carries a historically negative reputation and can be off-putting to potential recruits who might be afraid to get involved with the extreme fringe elements. Instead, “White Identity Movement” is a softer and more accessible term: It centers on the concept of identity instead of overt supremacy.

The ideas of Spencer and his adherents are dangerous and grotesque in isolation. Yet, they are relatively mild in comparison to what lies on the fringe ends of the right-wing/ethnocentric militant spectrum. There you will find a maelstrom of violence, terrorism, and racist rhetoric in some of its most brutal and unfiltered forms: White nationalists whose beliefs overlap with Spencer’s ideas yet take them to their logical conclusion. White nationalists who partake, in domestic terrorism.