September 11: Shifts in US administration’s terrorist strategy and goals 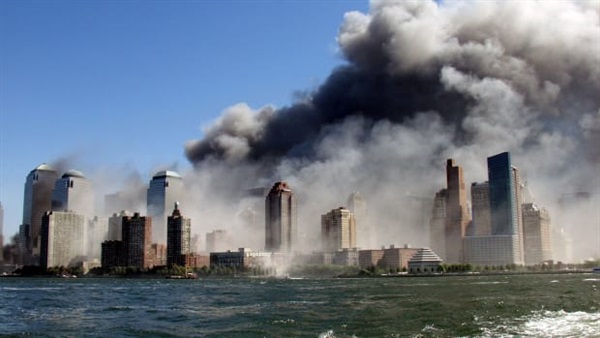 The events of September 11, 2001 shaped new concepts of international transcontinental terrorism and also contributed to changing the map of geopolitical and ideological relations in the Middle East. In order to approach the new vocabulary, Hasan Abu Hanieh, a Jordanian researcher on Islamist movements, published his book entitled “Arab Jihadism: The Integration of the Dimensions of Malice and Empowerment between the Islamic State and al-Qaeda”.

The writer argues that the shift towards international terrorist groups, which crystallized with al-Qaeda carrying out the September 11 attack striking the United States that was planned from Afghanistan, was directed by social, political and economic factors linked to the demise of Ottomanism and the turning of Islamist groups towards the discourse aimed at establishing a new Islamic state and attacking its enemies.

Meanwhile, the terrorist organization shifted from attacking distant enemies and relied on striking close enemies in accordance with its recently changed strategies and other organizations that emerged from it, most notably ISIS. According to Abu Hanieh, this resulted in the tyranny of the Arab regimes and their dependence on foreign orders.

But this opinion appears to be consistent only with the media rhetoric that the terrorist groups, including the Brotherhood, promoted about Arab politicians before the Arab Spring. The plan was to demolish the region and reshape it in proportion to the Western regimes that are currently violating Syria and Iraq.

The transformation that occurred in the terrorist groups’ attacks, such as changing from far to near under the pretext of overthrowing the Arab regimes for not supporting Muslim causes, was just a lie to begin the demolition and fragmentation of the region and to weaken regional national armies, which only western countries benefited from.

Failure of the international confrontation

Abu Hanieh believes that Washington has failed strongly in confronting the Islamist organizations, as the United States started widespread wars against the terrorist currents in the region, which cost lots of money and manpower. The war began by attacking Taliban strongholds in Afghanistan because it provided major facilities for al-Qaeda to implement the September 11 attack.

After years of war between Washington, the Taliban and al-Qaeda, the United States concluded a historic peace agreement with Taliban leaders in February 2020, in which it agreed to a military withdrawal from the country, the release of the movement’s detainees, and many items that politicians considered concessions from the US administration.

The most important consideration for which the war began was to dismantle al-Qaeda, so the purview was related to Afghan lands not being used as a center for terrorist groups and armed training, and for the Taliban to sever it ties with extremist organizations, most notably al-Qaeda. The evidence of the severe failure of this provision remains the statistics published by al-Qaeda about its recent operations during the first half of 2020, which showed a significant increase in the rate of operations in the country. At the same time, ISIS has also returned to the fore.

But the most important thing in verify whether the United States failed in confronting terrorism is not measured by the calmness of the region in the first place before the war began, but by the achievement of Washington's goals in securing the interests of the American administration domestically and abroad.

Is Washington still facing the same threat from terrorist groups, or does it occupy regional circles that benefit from its confusion and instability?