Sultans of blood: Safiye, the killer of Ottoman princes (Part 3) 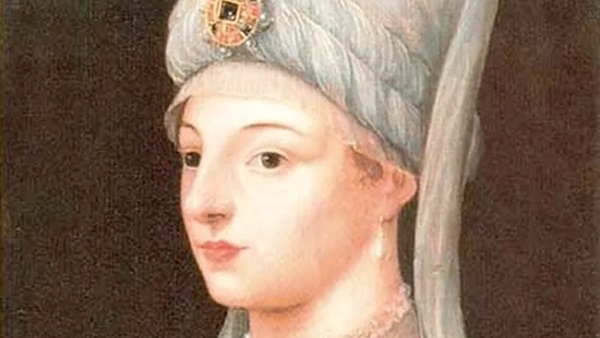 Safyea Khatoun succeeded in registering her name in history as one of the most powerful and bloody women in the history of the Ottoman Empire. She sent death to everyone who thought of taking her place, but death slipped in inadvertently to her son, Sultan Mehmed III, who broke her spine and sentenced her to isolation.

Safiye’s crimes did not stop at killing Sultan Murad’s mother Nurbanu by poisoning her food or inciting the killing of Grand Vizier Sokollu Mehmed Pasha, who was Nurbanu’s right-hand man, as she also supervised the killing of all the other male children of her husband Sultan Murad III before he died in order to protect the throne for her son, Mehmed III. She ordered that they be placed in coffins to be buried with their father on January 19, 1595.

Sultana Safiye was born in Venice to its ruler in 1550. She was sold at the age of thirteen as a captive in the slave market in Istanbul. Sultana Hümaşah, the granddaughter of Suleiman the Magnificent, bought her and gave her to Crown Prince Murad, son of Sultan Selim II.

Soon, Safiye stole Murad's heart until she prevented him from taking other concubines in his bed. On May 26, 1566, she gave birth to his first son, Prince Mehmed. Immediately after Murad III assumed the Ottoman throne, he ordered her release and announced his marriage to her, so that her position in the Ottoman protocol rose from a mere maid to the mother of the crown prince, meaning that she then ranked third inside the harem after Sultana Nurbanu and the sultan’s sister Sultana Asmat.

The death of Nurbanu and the assassination of Grand Vizier Sokollu in the year 1579 completely cleared the way for Safiye to take her role as a sultana with unlimited influence in the court of her husband, Sultan Murad III. The weakness of the latter's personality enabled his mother and then his concubine to control him, as he was affected by his love of luxury and sitting with singers and clowns, unconcerned with matters of state and politics.

When Murad III died in 1595, Safiye placed her son, Mehmed III, on the throne after she had executed all his male brothers, who numbered 18. Following this heinous crime, Safiye was granted the title of the mother-sultan, with doubled influence and power over her son, Sultan Mehmed III, who turned into a puppet in her hands. Safiye then gained control over appointing or isolating the grand viziers, ministers, aghas and judges.

In order to ensure the elimination of any future competition by male princes in the palace, Safiye invented new heresies from her evil rope of ideas, as she abolished the old laws on which princes were appointed in the various states to train them in politics and war, replacing them with a new law under which males of the Ottoman family were locked inside wings within the harem, isolated from the world. This left severe effects on the future Ottoman sultans, as all of them came out of those cages suffering from psychological disorders as a result of the loneliness in which they lived.

The Sultana was interested in fixing her support at home and turned her back to the outside, so the Ottoman Empire suffered crushing military defeats. The Safavid state in Iran regained its strength and achieved tremendous successes in Iraq, while Austria boldly attacked the Ottoman borders in the Balkans, achieving great victories after chaos hit the Ottoman family and the army divisions entered into internal struggles, with the Sipahi corps against the Janissaries, and the governors against each other.

The Janissary divisions revolted and attacked Topkabi Palace. The weak Sultan was unable to pay the rebellious soldiers, but Safiye quickly regained the reins to save the throne and told the leaders of the Janissaries that the sultan would pay their salaries with an increase if they killed the minister who wanted to pull the rug out from under her feet.

Safiye continued her life until the death of her son Mehmed III in the year 1603. When Mehmed’s son, Sultan Ahmed I, succeeded him, the latter ordered Safiye to be transferred to the old palace, and Sultan Ahmed's mother, Sultana handan, became the mother-sultan. But Handan’s weakness enabled Safiye to continue her influence in Ottoman affairs, until a new maid appeared who had the strength of character that enabled her to finally reduce Safiye’s influence in 1619, ushering in a new era in which Sultana Kosem became the most powerful woman to rule the destiny of the Ottoman Empire, with a full forty years of influence.