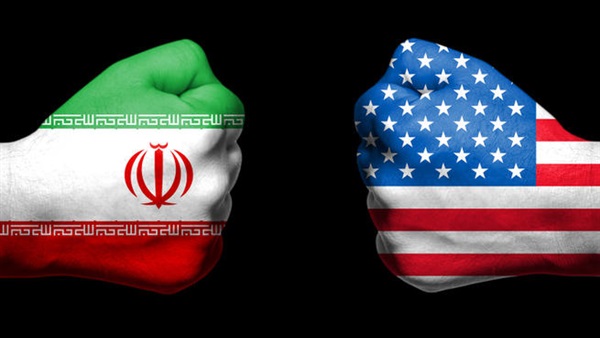 The Iranian government considers Latin American countries as outlets for trade and diplomatic and international relations to breach the isolation imposed on it by Washington. The political and social environment of these countries also gives Tehran fertile ground to enhance the dubious commercial activity of its military arm Hezbollah through cooperation with the armed groups deployed in Latin America.

Tehran’s policy towards South America aims to destabilize Washington through the geographical convergence of these long-growing relations, especially with the expanding tensions between the American and Venezuelan administrations. This prompted the US administration to recently impose sanctions on some sectors in Caracas, especially oil, which is a significant source of income for the country.

The Reference interviewed Amal Mukhtar, a researcher specializing in Latin American affairs at Al-Ahram Center for Political and Strategic Studies, about the recent changes in Iranian-Latin relations. Following is the edited, translated interview.

What is your view of Iran's goals in developing its relations with Latin American countries in recent years?

Iran seeks to consolidate its relationship with countries that are hostile to US policies, especially if those countries are geographically close to Washington, representing a strategic dimension that would threaten US national security.

Consequently, the entire Latin American region constitutes an important international dimension for Tehran to use as a security card to pressure Washington. These countries also have an influential presence in international forums, which enables them to support Iran if it needs, especially in light of the United States seeking to obtain United Nations or Security Council sanctions against Tehran.

In your opinion, what are the reasons that allowed this relationship to grow?

Since the beginning of the 21st century, the United States has been preoccupied with the Middle East and the spread of events and developments in the region. On the parallel side, the leftist tide has escalated in Latin America, especially in Venezuela, which is the source of this trend, specifically when late Venezuelan President Hugo Chavez assumed leadership of his country.

The leftist current controlled most of the countries in the region at the same time that Washington was busy militarily in the Middle East during its wars in Iraq and Afghanistan, which was a major factor in the rise of the relationship between the Latin region and Tehran, which sought to take advantage of these situations.

The left-wing currents in South America are mainly preoccupied with strong anti-Americanism as a fundamental variable in its political agenda, due to Washington's involvement in the military coups that took place in the region during the 1950s and the decades that followed, until the successive arrival of left-wing forces to power.

What are the features of the Iranian incursion into Washington’s backyard?

Tehran used two routes to penetrate Latin America via the gateway of Venezuela. The first was diplomatic relations, including the establishment of reciprocal embassies and political cooperation at the summit level through presidential visits, as well as economic and trade cooperation.

More prominent though was through cultural and religious relations, which developed through a large group of Shiite centers and mosques that were established in the region, which contributed to the local inclusion of Muslim immigrants, strengthening the affiliation of their second generation of Shiites. Iran was also keen to broadcast Spanish-speaking channels to communicate with residents.

Meanwhile, the unspoken second route developed through the strong presence of Hezbollah and its elements in the region and their relations with the local regimes. For example, Tareck El Aissami plays an important role in this regard, especially when he assumed the position of Venezuelan Vice President under President Nicolas Maduro.

Aissami facilitated the issuance of passports and Venezuelan citizenship for Hezbollah members in order to enable them to enter many countries around the world, and he is accused of facilitating Hezbollah's roles in his country.

What is the map of Hezbollah in the region?

According to multiple security reports, the triangle of Argentina, Paraguay and Brazil is one of the areas most controlled by Hezbollah, where the militia conducts military and combat training.

To what extent does Venezuela represent an economic outlet for Tehran in light of the US sanctions?

Venezuela is an important economic outlet for Iran following the imposition of US economic sanctions that have undermined Tehran’s use of the dollar and banking transactions in some countries. Therefore, Venezuela represents a vital point for Iran. But the security and strategic dimension remains the most important for Tehran in this file, as it considers itself just steps away from Washington.

I think that many of the security reports aimed at this are flawed with some truth, as Caracas relies mainly on oil as a source of income. With the low prices globally and the weakness of companies working in this field as a result of sanctions and other economic factors, the state has tended to rely on its scattered mines.

But the mining operations are carried out illegally and are unregulated, while minerals are smuggled out of the country. The political regime wants to stay and does not have a source of income, and therefore it tends towards selling gold ore. Although Iran is the most prominent buyer, there are many others around the world who buy this unregulated gold at low prices.

During this period in which the state relied on selling raw gold, Aissami was the Minister of Energy, as he is the man for difficult tasks in the country and has a special non-Venezuelan agenda. He has made shuttle visits to Iran, Turkey and Russia, but some of these countries refused his investment in Venezuelan gold, while others conceded among assurances of non-repetition.

This is considered a theft of the capabilities of the current and future generations of the region’s people. Under the weight of the feeling that there is a systematic American war against the Latin left that may sometimes be involved in committing national mistakes in order to stay in power, governments are exposed to political failures that are of their own cause and not the American administration.

Will the Latin shift towards right-wing currents affect the map of relations in the region?

Of course it will have a strong influence. The effect of this appears in Argentina for example. During the rule of the leftist Kirchner couple for two consecutive terms, an accusatory finger clearly pointed to Iran and Hezbollah in the bombing of a Jewish synagogue in the country. Israel demanded an investigation into the incident, but the Kirchners refuse under the pretext that the victims are nationals of Argentina, which is solely responsible for investigating this matter.

But with the regime changing to the right, the country declared Hezbollah a terrorist group and instituted legal procedures against it, while major accusations against Iranian figures also emerged. The right began to take control of the Argentine presidency when Mauricio Macri rose to power, which is the same that happened in Brazil and other major Latin American countries that had previously been strongly supportive of Iran.

Likewise, the right historically does not have a crisis in dealing with Washington, unlike the left, which rejects US policies. Even during leftist rule, Latin countries supported the Palestinian cause, but when they turned toward the right wing, they supported the transfer of their embassies to Jerusalem.

What is the opportunity for Arab countries to invest in relations in Latin America during this transformation?