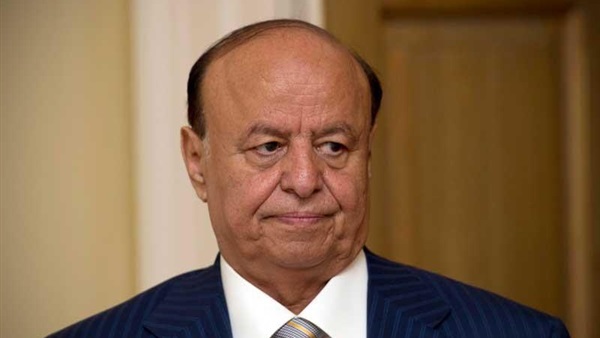 Yemeni sources described to The Arab Weekly the latest confrontations in Abyan governorate (east of Aden) between government forces and the forces affiliated with the Southern Transitional Council (STC) as the fiercest since the signing of the Riyadh Agreement last November.

The renewed military confrontations coincided with the return of Yemeni President Abd Rabbo Mansour Hadi from the United States where he underwent medical treatment. Developments reinforced the hypothesis that the pro-Qatar current in the government wants to dissuade President Hadi from undertaking any changes in the structure of the “legitimacy camp” as such changes could undermine the influence of this powerful current.

Yemeni observers point out that the escalation of military confrontations in Abyan, while consultations are underway to form the new government in the Saudi capital, Riyadh, is an attempt to thwart the Riyadh Agreement and carry out the Muslim Brotherhood plan supported by Qatar aimed at imposing a de-facto policy in southern Yemen and tighten the screws on the temporary capital, Aden, by igniting confrontations on two axes, in Abyan and Tor Al-Baha in Taiz, while the Houthis attack Al-Dhalea.

The strategy effectively catches the areas of STC’s influence in a geopolitical pressure triangle and paves the way for the implementation of the project to transfer the conflict to southern Yemen.

Yemeni political researcher Mahmoud al-Taher considered that the confrontations between the forces affiliated with the Yemeni government in Abyan and those affiliated with the STC were yet another attempt to provoke the southerners, and force them to stick to their previous decision to suspend their participation in the consultations related to the implementation of the Riyadh Agreement, in order to create pretexts for launching a military operation targeting the southern governorates. If the plan succeeds, it would effectively reduce the area under the STC’s control and impose a new reality on the ground and in the negotiations. This would lead to the reduction of the STC’s share in the new government and the political benefits it obtained under the agreement.

In a statement to The Arab Weekly, Taher questioned the possibility of reaching a consensus on the form of the next government in accordance with the timetable specified in the mechanism to accelerate the implementation of the Riyadh Agreement, given the various complications that permeate the consultations for the distribution of ministerial portfolios, and the obstacles that the Islah Party, which controls the political and military decision in the legitimacy camp, keeps placing on the path of the agreement. Taher believes that there is a clear harmony between the attempts to empty the political consultations of their content, and the strategy of keeping the military situation unstable in order to delay the implementation of the agreement.

He further believes that any talk about implementing the Riyadh Agreement any time soon does not correspond to the reality on the ground and around the negotiating table, and this is because of what he called the Muslim Brotherhood’s fraudulent practices, their lack of any intention to participate in the unification of efforts and forces towards confronting the Iranian project in Yemen, and the unwillingness of its political and military leaders to let go of the commercial and financial interest they are reaping from the continuation of the war.

In addition to this, there is now in the government camp a rather broad current that has espoused the Turkish and Qatari agenda against the Riyadh Agreement. This agenda has come to intersect with the Iranian objectives in Yemen.

This situation requires swift action by the Arab coalition to contain this growing current within the government and to exert pressure on all parties to push forth with the political consultations and give birth to a new government with the participation of all the active Yemeni political components which are systematically being excluded by the Muslim Brotherhood.

Informed Yemeni sources revealed to The Arab Weekly that they expect a development in the scenario of expanding the war circle and aborting the Riyadh Agreement through the implementation of a plan supported by Qatar and Turkey aimed at taking the situation out of the control of the Arab coalition and dragging the parties opposing the Houthi coup into an open military, political and media conflict. This would strengthen the influence of other regional countries hostile to the Arab coalition and looking for a foothold in the Yemeni scene by exploiting their ideological influence and moving their agents in the Yemeni government institutions.

These sources pointed out that Yemeni activists and media figures close to Doha and Ankara had in the past two days spread rumours claiming that drones were used to attack the Yemeni army in Abyan. These claims, according to the sources, were meant to prepare the ground for the imminent use by the armed groups affiliated with the Muslim Brotherhood in Abyan of drones recently supplied by Turkey.

The sources indicated that since last May, Turkish officers in Shabwa governorate have been training armed elements of what is known as the Popular Mobilisation Camp funded by Qatar and supervised by the former Yemeni Minister of Transport, Saleh al-Jabwani, in the use of drones in aerial photography and in identifying and the monitoring of fixed and moving targets. Many have pointed out that the intended missions seek to replicate the Houthi’s experiment of attacking the Brotherhood’s militias with booby-trapped drones.

The Arab Weekly had previously reported on a request submitted to Ankara by the Brotherhood in Yemen and the pro-Doha current in the Yemeni government to obtain military support in the wake of the confrontations in Aden in August 2019, confrontations which ended with the STC taking control of the city.

The report pointed out that the request focused on technologies aimed at neutralising the Arab coalition aviation, which the Brotherhood had at the time accused of bombing the National Army and the Brotherhood’s militia participating in the August confrontations and obstructing the advance of those forces towards the temporary capital.

A leaked recording of the Muslim Brotherhood’s military leader in Taiz, Abdo al-Mikhlafi, aka Salem, revealed that the Popular Mobilisation Forces and the army forces under the authority of the Brotherhood had received promises from Turkey to provide them with weapons and vehicles. In the same recording, Salem attacked the Arab coalition and ridiculed its handling of Houthi attacks.