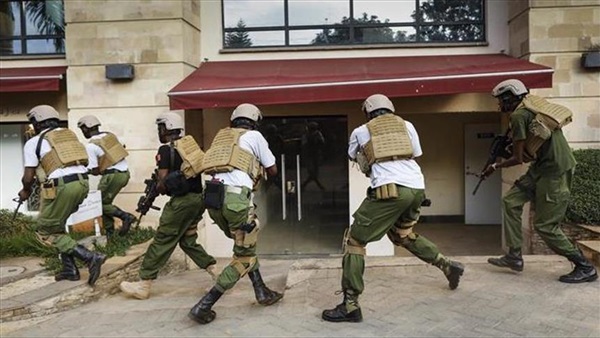 In light of Kenya's confrontation with Somali Al-Shabab terrorism, Nairobi took a decision to freeze the assets of Kenyan citizens related to financing the most dangerous organization in the Horn of Africa, amid intelligence reports on Turkey's role in financing the terrorist organization.

Kenya is witnessing a noticeable increase in the activity of the Somali "Mujahideen Youth" movement. In April 2020, the movement killed six soldiers in the northeast of the country. Before it, specifically in January 2020, it launched an attack on an American air base. Despite the continued US strikes on its strongholds, the movement continues to escalate its operations, especially in the northeastern part.

The Kenyan minister pointed out in a statement he issued that the only way to restrict terrorists is to destroy the networks that facilitate their actions and those who provide them with financial support, explaining that his country will not surrender to terrorists.

Kenya suffers from Al-Shabaab terrorism and its rise against the Kenyan forces present in Somalia, as the movement recently adopted a focus on the Kenyan-Somali border areas, in response to Nairobi's demands to include the movement on terrorist lists.

Kenya has been subjected during the past years to deadly attacks from Al-Shabaab fighters who have targeted major Kenyan cities, including the capital, Nairobi, and the movement has succeeded in recruiting some Kenyans to fight in its ranks, and the Kenyan government has not yet been able to prevent the infiltration of fighters from its borders with Somalia to carry out attacks inside Kenya.

The movement threatened "a long and terrifying war and bloodbath", in response to the Kenyan army's intervention in Somalia, and in July 2019, Kenya called on international forces to unite in the fight against terrorist organizations, and urged the international community to expedite the inclusion of Al-Shabaab on the list of terrorist organizations, in accordance with a Security Council resolution International No. 1267, in addition to deploying additional forces on its borders with Somalia, and intensifying security patrols; To stop the infiltration of the militants into its territory.

Kenya’s confrontation with financing Al-Shabaab reveals Turkey’s position in supporting the terrorist group. The Nordic Monitor website, which specializes in tracking extremist movements, stated that the US government monitored the financial transfer and demanded an investigation into the network that allowed the financing of Al-Shabab. The Turkish government, however, concealed the investigation, which was conducted after receiving notification from David Cohen, the US Treasury Undersecretary for Terrorism and Financial Intelligence at the time.

According to the information contained in the accusation sheet in the case of the assassination of the Russian ambassador, Andrei Karlov, in the Turkish capital, Ankara, on December 19, 2016, by a police officer linked to Al-Qaeda named Mevlut Mert Altentas, the Turkish government claimed that it had not found evidence of this financial transfer.

The charge sheet submitted to the court on November 23, 2018, stated that Cohen's office had transferred information to the Turkish government, showing that a citizen named Ibrahim Shin (37 years old) was involved in transferring an amount of $ 600,000 to the Somali youth movement in September 2012.

Nordic Monitor said that the government of Turkish President Recep Tayyip Erdogan claimed that the Financial Crimes Investigation Authority, a government agency under the Finance and Treasury Ministry headed by Erdogan's son-in-law Berat Albayrak, had found no evidence of this transfer.

The Swedish website added that Erdogan's government wanted to conceal the investigation with Shin, who was working for the Turkish intelligence agency to transport terrorists to and from Syria.

According to the investigation file published in January 2014, Chen was arrested in Pakistan due to his association with Al Qaeda and transferred to "Guantanamo" and stayed there until 2004, before US officials decided to extradite him to Turkey.

In turn, the Soufan Center for Security and Military Research acknowledges that Al-Shabaab is a movement that renews its existence and demonstrates the ability to launch attacks without impunity.

The center confirms in a report issued by it that the movement’s fighters have proven their ability to spread their power outside the borders of Somalia and into Kenya, but it wonders why this jihadist group, which has doubled its influence in East Africa, is not punished.

Research studies and experts show why the "youth" movement focuses on attacking Kenya more than all the countries participating in the African forces that fight it, and why does any operation launched by the movement succeed? It is noteworthy that the "youth" movement did not launch any attack in Kenya between 2006 and 2007, while it launched a single attack in Ethiopia.

Between 2008 and 2015, the Al-Shabaab terrorist movement launched more than 230 attacks in Kenya and five in Ethiopia. Al-Shabaab, affiliated with Al-Qaeda, has established its presence in the Horn of Africa, despite the US policy to confront terrorism.

Studies show that this is due to several reasons, most notably the open and militarily insecure borders with Somalia. In Kenya, there is also a free press, which allows for the wide dissemination of information about terrorist operations, in addition to the recovery of the tourism sector, which increases the goals.

In addition, many leaders of the "youth" movement are from Kenya, which has terrorist sleeper cells, and corruption is rampant. It seems that Al-Shabab’s focus on Kenya, despite the participation of other countries in “AMISOM,” is due to the presence of Al-Shabaab bases in southern Somalia.

By targeting foreign interests and foreigners in Kenya, Al-Shabab aims to show that it is a "jihad" force, which will lead to the joining of new fighters. In Nairobi, there are a large number of embassies and diplomats compared to other neighboring countries of Somalia.