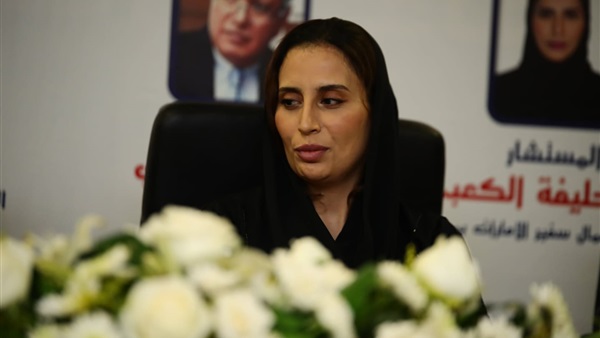 Acting UAE Ambassador to Egypt Mariam Khalifa Al-Kaabi expressed her gratitude to Dr. Abdelrehim Ali, Chairman and Editor-in-Chief of Al Bawaba News, for organizing the symposium titled “Combating Terrorism and Extremism in the Arab World: The Models of Egypt and the UAE” at its headquarters in Cairo. She pointed out that this is an important symposium to support public awareness regarding the danger of terrorism.

Kaabi explained that mutual respect and cooperation between countries represent the first steps to getting rid of terrorism and extremism. He noted that since the founding of the UAE, it has promoted the values of coexistence, supported moderate Islam, and contributed to promoting social integration in a way that guarantees the rejection of violence.

She explained that the UAE was keen to establish a Ministry of Tolerance, adding that it also joined the Muslim Council of Elders, with the aim of working to promote international peace, uphold the values of peaceful coexistence, and spread the principles and teachings of true religion.

Terrorism poses a threat to international peace and security, she stressed, noting that there is global consensus viewing a number of acts as terrorist, which requires international cooperation to confront them.

Kaabi said that the UAE has participated in international alliances to combat terrorists, including ISIS and other extremist groups.