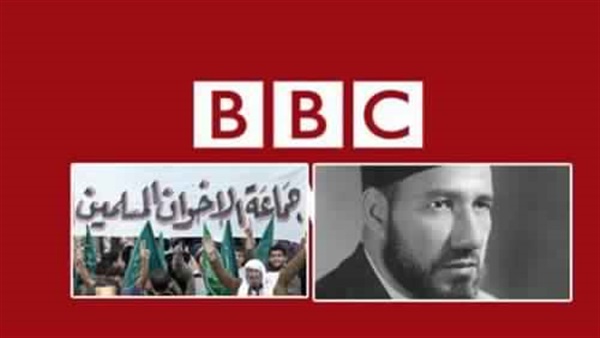 While the UAE denied its ownership of any weapons found in Libya, confirming its commitment to international decisions in this regard, BBC claims that the UAE targeted a military Academy of the militia in Tripoli in January 2020, which led to the killing of 26 students by a Wing Loong drone.

It urged the UAE to de-escalate and re-engage in the UN-led political process.

BBC insists on promoting the Brotherhood project through its media platforms and supporting the Turkish project in Libya through the lies it is spreading against the UAE and other Arab countries, as the UAE has repeatedly denied ownership of US weapons that were found in warehouses in the Libyan capital, Tripoli.

In this regard, the director of the Moral Guidance Department of the General Command, Brigadier General Khaled Al-Mahjoub, had commented in a previous statement about the targeting of the War College by the militias, and how the accusation was affixed to the Libyan army forces, that the illegal Al-Wefaq government militia relied on media work and fueling events in its favor.

Al-Mahjoub explained that such acts targeting the military and paramilitary institutions are ISIS acts, as happened in the city of Zliten, and the bombing of Brak Al-Shati College and others, and that they are closer to him than suicide action, pointing out that what happened yesterday in Tripoli is not the first time that he It has the illegal Al-Wefaq government militia with this despicable act.

Al-Mahjoub called on all media professionals to intensify their efforts to confront such rumors, saying that "the militias do not have a problem in manipulating the truth.

The Brigadier General reiterated his denial of the accusations against the Libyan army, with Emirati support, regarding the targeting of the Military Academy in Al-Hadba (south of Tripoli).

Al-Mahjoub accused a group affiliated with the terrorist Ghaniwa al-Kikli loyal to the Turkish-backed Al-Wefaq militia, holding them responsible for the attack, and that the UAE is completely innocent of those accusations that would distort the Libyan army.

Turkey wants to make Libya a center for the mujahideen to launch attacks on the UAE, Egypt and other countries supporting the Libyan National Army against the Sarraj militia, as Turkish President Erdogan used to accuse the UAE to evade crimes in Libya, and in a previous statement the frequency of exchange of statements intensified in the past few days regarding Relations between the UAE and Turkey, as Yassin Aktay, advisor to the Turkish president, renewed his attack on the UAE and what he described as the "hostile stance it is adopting and adopting a policy against Turkey in all levels," he said, which confirms the plans pursued by Turkey to involve the UAE in its dirty tricks in Libya.

This came in an article by Aktay in the Turkish newspaper, Yeni Shafak, entitled “The UAE’s friendship is more dangerous than its enmity,” in which he claimed that “no one is ignorant of the hostile position the UAE is adopting against Turkey, as the UAE adopts a policy against Turkey in all levels, thinking that it is trying to block the road.

Of course, we are not talking about competition within legitimate rules and controlled boundaries, but rather about hostility that has nothing to do with morality and does not recognize rules, based on intrigues, games and systematic campaigns, while Turkey has been trying, through its most humane and positive policies, to rein in these immoral and immoral movements. Legal, he claims.

The UAE Minister of State for Foreign Affairs, Anwar Gargash, had commented in a previous tweet on the "provocative" statements of the Turkish Defense Minister, Hulusi Akar, said: "The provocative statement of the Turkish Minister of Defense is a new downfall of his country's diplomacy. The logic of the Sublime Porte and the Supreme State and its definitions place the historical archive. Relationships. It is not run by threat and intimidation, and there is no place for colonial illusions in this time, and it is more appropriate for Turkey to stop its interference in Arab affairs. "

The UAE considered Turkey's message "an attempt to divert attention from its dangerous behavior and adopt an aggressive policy," noting that "Turkey is an access and transit point for ISIS fighters to Afghanistan and Central Asia."

"Turkey threatens to use migrants to advance its megalomaniac goals," she added.

Turkey had said in its message that "the subversive policies of the UAE to suppress democratic movements in the region and seek to control the region have caused the death and injury of a large number of people in Yemen."

Observers believe that the BBC network is using Brotherhood elements in its media to promote the organization's goals by supporting the countries that sponsor terrorism and the Brotherhood organization such as Turkey and Qatar and attacking Arab countries, especially the Emirates, Egypt, Saudi Arabia and others who reject military interventions in Libya, as the history of the terrorist Brotherhood’s relationship with the British Radio has emerged In 1928, when Britain wanted to form an entity that would act as a proxy for it in dismantling the affiliation relationship between the citizen and his homeland, falsifying the citizen’s awareness of citizenship and the homeland, and inciting him to destroy his homeland by his own hand, and I tasked (Hassan al-Banna) with establishing an entity with an Islamic cover and Hassan al-Banna established the Brotherhood organization, this entity had to be marketed through A medium and an intercontinental media platform, and the BBC was the strongest candidate at that time, and after that, a regional platform had to be established that had the same culture, customs and traditions of the region in order to facilitate penetration of the mind and sentiment of the Arab citizen.