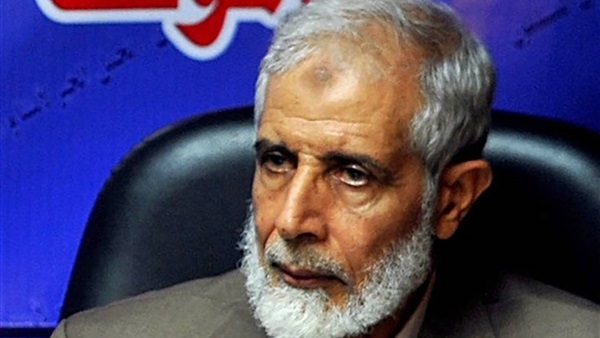 Acting guide of the outlawed Muslim Brotherhood group Mahmoud Ezzat was arrested, the Egyptian Interior Ministry announced on Friday in a statement.

Ezzat is the MB’s current acting “murshid” (supreme guide). He was born August 13, 1944 in Zaqaziq, Sharqia.

He joined the Muslim Brotherhood in 1962 while he was a medicine student. In 1965, Ezzat was arrested and convicted to ten years in prison. After being released 1974, he traveled to Sanaa, Yemen and then to England. After his return, he was chosen as a high board member in Cairo’s office.

Ezzat was later arrested several times, such as in May 1993 in what was known then as “Salsabeel Case”, which aimed to empower all of the MB members in state bodies.

In August 2013, Ezzat was selected as the Muslim Brotherhood’s acting supreme guide.

After the June 30th Revolution, Ezzat was claimed to have escaped to several European countries; however, in 2015, he issued a statement affirming that the Muslim Brotherhood will not reconcile with the Egyptian government.