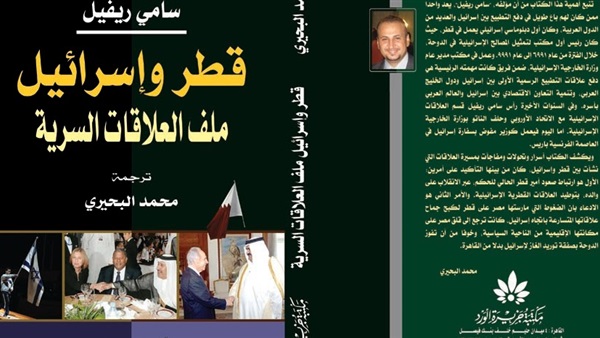 The rulers of Qatar do everything possible to hide their relations with Israel.

However, the memoirs of different politicians and diplomats throw light on these relations as well as on Doha's abuse of the Palestinian issue.

Doha also uses its news channel, al-Jazeera, in deflecting attention from its relations with Tel Aviv by accusing other capitals of having these relations.

Shmuel Sammy Revel, the first head of mission of the Trade Representation Office of Israel in Doha, wrote a book in which he revealed many of the aspects of relations between Doha and Tel Aviv.

In his book, "Qatar – Israel – A file of secret relations," Revel says Qatar had sponsored relations between Israel and major Arab institutions, including airlines, in 1994.

He said the move aimed to reduce restrictions imposed on the travel of Israeli goods to Arab states.

This came, he said, after the Gulf Cooperation Council ended the boycott of companies working in the Palestinian territories.

Revel had access to a treasure trove of information in his capacity as the first head of mission of the Trade Representation Office of Israel in Doha.

He says relations between Qatar and Israel began after Hamad bin Khalifa assumed power after the coup he staged against his father.

The coup happened in June 1995. Qatar and Israel signed the gas agreement in October the same year.

Few months later in 1996, he says, Israel opened its trade bureau in Doha while Al Jazeera channel was launched in November 1996. The role which Hamad bin Khalifa offered to play to serve Israel thus became clear.

He adds that Qatar worked hard to remove all problems on Israel's war, including by asking senior Qatari officials and companies to make efforts in this regard.

Qatar, Revel says, played the bridge between Israel and the Arab region.