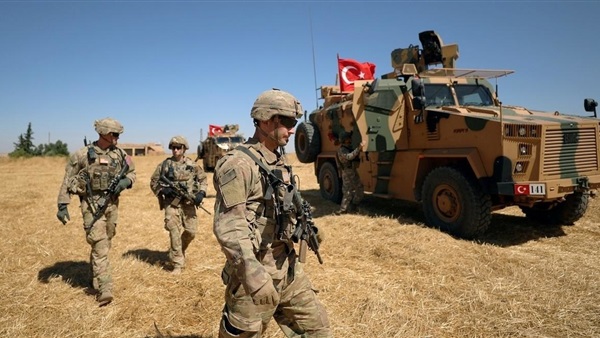 The Middle East region is going through one of the most important political and social turning points in its history, especially after the Turkish government evoked dreams of restoring the Ottoman legacy. This project carries with it risks to the civil and human rights gained in the region, in addition to the major international powers replacing old colonial policies with terrorist groups as a prelude to achieving strategic goals in other countries, which is what Turkey has become proficient in by financing extremist groups in parallel with supporting political Islamist governments affiliated with the Brotherhood to impose control over societies in the region.

There is also increased rapprochement regarding the growing Turkish threat in the region and the prospects of a military incursion against Syria and Iraq to the security of the region, as well as destabilizing the eastern Mediterranean and manipulating terrorist groups in North Africa. In this regard, the Reference interviewed Hisham al-Ali, an Iraqi researcher specializing in security and military affairs, in order to clarify the various points of view about the developments of the Turkish file in the region and its impact on security.

The first part of the interview dealt with the impact of the recent Turkish moves against Iraq in delaying its stabilization process, the Turkish manipulation of the water file in both Syria and Iraq, and its impact on the agricultural economy in the two Arab countries, as well as the role of the Brotherhood in helping Ankara to penetrate Iraq.

This final part will address the Turkish interference in Libya, its role in supporting terrorist militias, and their attempts to redraw the map of North Africa, in addition to Turkey’s ambitions regarding Mediterranean gas and the future of the conflict with Europe.

With regard to Turkey's transfer of terrorists from Syria to Libya, how do you see the impact of this on the stability of the Middle East?

I think that the feverish Turkish rush towards Libya with the support of some Brotherhood-ruled Arab Maghreb countries will have dangerous implications for the security of Egypt and Sudan, and all countries of the Mediterranean basin, especially with Ankara's unlimited support for the Brotherhood organizations and Qatar behind it, which is rich in oil and natural gas.

Egypt is considered most affected by the Turkish policy in support of terrorist groups and the Brotherhood, in addition to its well-known support for the Government of National Accord (GNA) in Tripoli, which is made up of terrorist militias, most of which oppose the Egyptian state, which constitutes a serious threat to Egypt’s national security.

To what extent does the Turkish expansion in Libya affect the stability of Tunisia, whose parliament is controlled by the Brotherhood?

I think that the Turkish incursion into Libya will cast a shadow over all North African countries. I also believe that any governments controlled by the Brotherhood will provide military and economic facilities to Turkey, as the Brotherhood is doing now in Iraq.

The North African countries have turned into a market for Turkish products, in addition to receiving Turkish military bases, legitimizing this by creating an imaginary enemy, especially with the presence of border and other problems related to energy sources among the Maghreb countries. The above measures will be legalized by the Brotherhood governments, including the Tunisian parliament.

How does Turkey’s insatiable appetite for the Mediterranean's gas resources affect regional security?

I think that depriving Turkey of vast economic areas in the Mediterranean and Aegean seas pushes it to try to invest its economic power, represented by sources of water and military power, being a member of NATO, rebelling against the agreements that followed the First World War, as Germany did in the late 1930s, which led to the outbreak of World War II.

In my opinion, the Turkish rebellion will not lead to a comprehensive war, but it requires Egypt, Iraq and the Gulf states to intensify diplomatic efforts, use the economic card and bet on the factor of time. The diplomatic effort, the economic factor and the time factor are among the most important principles of basic war, according to the foundations of strategic depth, which are also the factors relied upon by the United States in its military doctrine.

Do you think that the European Union is shackled by Erdogan's punishment? Why?

I think that the migrant and corona crises, in addition to the nature of the Turkish-European economic interference, prevent the EU from taking urgent punitive measures against Turkey, as the foundations of the Qatari and Turkish economies, which are the most important countries supporting the Brotherhood, prevent this.