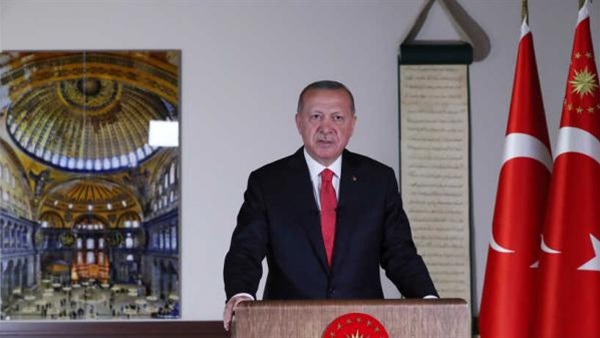 The Middle East region passes through a critical phase, especially with Turkey trying to revive the Ottoman Empire, a project that poses extreme dangers to nationalist gains in the region.

The same project tries to put terrorist groups that will advance the agenda of the new colonizers in place of the old colonial powers.

Turkey has a knack for courting these terrorist groups as well as Islamist governments. It does this to control the region and its peoples.

In this interview with The Reference, Iraqi political analyst Hesham al-Ali dwells on the dangers Turkey's policies pose to regional states.

To what extent do the latest Turkish moves in Iraq impinge on the stability of this Arab country?

The latest Turkish moves in Iraq are a small detail in the larger picture of Turkish moves in the Middle East and the Eastern Mediterranean. Turkey strives to control economic zones in the region, especially after the discovery of natural gas in them. However, this is pitting Turkey against Greece, Egypt and Syria. This can have dangerous ramifications.

The Turkish moves in Iraq put the Iraqi government in a difficult situation. Turkey has established several military bases in the northwestern part of Iraq under the pretext of contributing to the fight against terrorism. It also prevents water from flowing to Iraq. This has had dangerous economic consequences. Experts expect Iraq to face an acute shortage of water in the coming ten years, especially with the continual increase in the population, 49 million now.

What are the factors that stand behind the Turkish aggression against the sovereignty of Iraq?

Turkey has military bases in Mosul since 2015. The base is located in an area between Mosul and the Kurdistan region and Turkey. This is a tense area that witnesses the arrival of militants from Syria and western Iraq every now and then.

The bases were established with approval from the government of former Iraqi prime minister Haidar al-Abadi. There were exceptional conditions at the time. However, Turkey refuses to withdraw from the region, despite continual protests by the Iraqi government and the Iraqi parliament.

Turkey has even started sending additional troops to the region under the pretext of fighting terrorism, especially the members of the Kurdistan Workers Party which calls for independence from Turkey.

In the past few months, Turkish troops were deployed to other areas of the region, but this threatens Iraq's stability.

How does Turkey mess with Iraq's and Syria's water rights?

Turkey started establishing the Aatürk Dam in the 1980s. Turkish officials then started talking about preventing the rivers from flowing to Syria and Iraq.

Turkey also asked Iraq and Syria to pay the price of the water, even in crude oil. Turkey then established a series of dams on the two rivers.