Muslim Brotherhood members in Zawiya resignation...Twisting based on Al-Banna literature 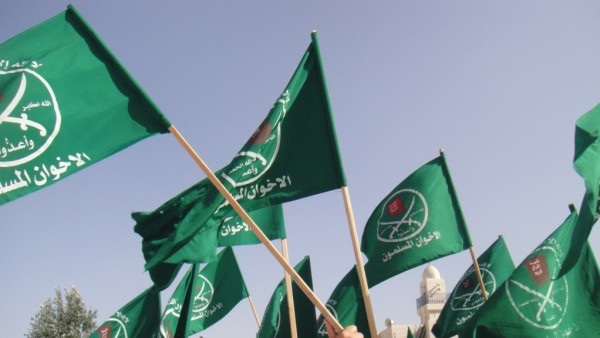 Members of the Muslim Brotherhood in the city of Zawiya (western Libya), submitted a collective resignation from the group, adding that its branch in the city had been dissolved as of today.

The signatories said in a statement that the decision came "in response to the call of many loyal people in the nation who want freedom, the establishment of a civil state in which citizens live and enjoys the right to citizenship, regardless of their intellectual orientation or political affiliation." They added "Libya is going through quarrels, alignments, and war on the homeland, in pursuit of militarizing the state under the name of fighting the Muslim Brotherhood and the war on terror."

The group also said that they have carried out revisions regarding the future of the organization since 2015 and stated “accordingly, the group decided to make a change in its existence that favors the higher interest of the country and the citizen. We, the sons of Zawiya, who belonged to the Muslim Brotherhood, have decided to resign from the organization and thus we consider the group’s branch in Zawiya dissolved from this date.” The most prominent strongholds of the organization

Al-Zawiya city is considered one of the most prominent strongholds of the Brotherhood organization in Libya, as it controls the armed militias in the city led by the most important extremist Brotherhood leaders, such as Mustafa Al-Triki and Shaban Hadiya, known as "Abu Ubaida Al-Zawi."

This resignation coincides with the growing popular discontent in Libya with the group, as the degree of support for it declined inside the country, especially in its main strongholds in the West, after the citizens realized that these organizations only pursue their interests, and only try to control the government, in addition to the bullying The group in Turkey to preserve its interests and its existence.

The alleged resignations of the Muslim Brotherhood in Libya and Al-Zawiya in particular are considered a precedent, the precise description of which may be "piousness and laughing at the beards", as there is no term in the group's literature "resignation." Because belonging to it is not a functional affiliation, but an intellectual and ideological affiliation. Therefore, it was free for the Zawiya brothers to announce their disengagement from the group, and the termination of their pledge of allegiance to its observer in Libya or his representative.

The Libyan academic Agila Delhoum confirms that the Brotherhood’s announcement in Zawiya to submit their collective resignations comes in the context of the Brotherhood’s usual behavior, known as taqiyya, as part of their curriculum since the organization was founded by Hassan al-Banna.

"We heard about the retirement of a group of people from the city of Zawiya that had lost their way for a long time through their affiliation with the Brotherhood," said "Dalhoum" in a comment posted on his account on the social networking site "Facebook" under the title: Supporters of the thought of delusion according to Hassan Al-Banna ».

And he continues: “By the way, and because something is mentioned: When he falsely claimed the Brotherhood, Khaled al-Mishri, to remain in his position as head of the Supreme Council in Tripoli, he decided to retire from the thought of his Islamist group. .

And he adds: “Today I repeat the same saying, with some of the people of the city of Zawiya announcing their return to their senses, and with our happiness with this sudden decision, but the question continues to arise again: Is it repentance for the sake of bringing about a change in the existence of these Mu'tazilites of the usual, constructive pious group, which Its piety has always been used as a justification for adulation and hypocrisy on many national and political issues, or is it a collective repetition of the "Meshriyah" attempt, whose aim is to circumvent and faint in the face of the isolation of the Muslim Brotherhood in Libya.

The Libyan academic added: “These are the hypocritical Muslim Brotherhood, whose side is not entrusted, and they have no repentance, or between them to retire to pious them, or real jurisprudential reviews that take into account the public interest, and the Brotherhood takes any consideration for them, as they are just evasive, tactics of withdrawal of defeat, which are more like With the tactics of withdrawal, in the war with which the retreator exaggerates a large area of ​​the geography of his battle, which are tactics that may be rejected by the usual war plans, and which recommend stability and concentration to achieve victory in a surprise war. However, the tactics of the hypocritical Brotherhood are permissible in their "construction" ideology, which The followers of the hypocrisy of Hasan Al-Banna doctrine, which recycles their project when necessary! ”