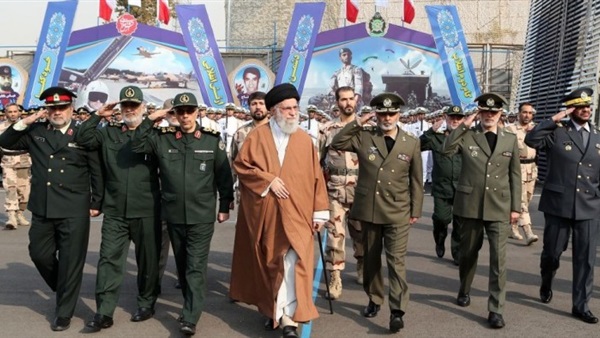 The US proposal submitted to the UN Security Council regarding extending the arms embargo imposed on Iran, which will expire on October 18, has showed the confusion of the Qatari and Iranian allies, as Doha recently announced its support for the US decision against Iran, which prompted the media in Tehran to accuse the Doha regime of betraying its ally. This prompted Qatar to declare again that its relations with Iran are governed by good neighborliness.

Doha tried again to win over its Persian ally and emphasize that it stands by Iran, especially after Tehran rejected the statement of the General Secretariat of the Gulf Cooperation Council (GCC) that was issued on August 9, which called for an extension of the arms embargo on Iran and stressed that Iran's continued interference in the affairs of neighboring countries makes the issue of extending the arms embargo necessary.

Iranian media questioned the reasons for the Qatari position. Iran’s Al-Alam channel indicated that after the Gulf states boycotted Qatar, Doha resorted to Iran, which helped it and stood by it. Despite this, Doha sympathized with the rest of the GCC members. Iranian news site Mohajran also accused Qatar of secretly cooperating with the GCC countries to extend the arms embargo on Iran, abandoning its allies in Tehran.

The Qatari response came when Mutlaq bin Majed al-Qahtani, the special envoy of the Qatari foreign minister for counterterrorism, indicated in a statement to Al-Jazeera that the request submitted by GCC Secretary General Nayef Falah Mubarak al-Hajraf to the Security Council to extend the arms embargo on Iran, which only represents the opinion of the General Secretariat, stressing that Qatar's relations with Iran are governed by good neighborliness. He added that Doha confirms that the current sanctions on Iran will not produce positive results and do not contribute to solving crises, as the solution of crises must be through dialogue.

The foregoing raises questions about the reasons for the change in Qatar’s approach towards Iran and the extent to which this affects the relations between the two allies. To answer these questions, Mohamed al-Abadi, a researcher specializing in Iranian affairs, explained to the Reference that Qatar has already declared cooperation with Iran in various fields, although at the same time it is also linked to cooperation and coordination with the United States regarding its regional positions. Therefore, Doha cannot violate the orders of the White House, which desperately wants to extend the arms embargo on Iran, so Doha agreed with the GCC countries.

Abadi pointed out that despite concerns raised by Iranian media about Qatar’s betrayal of Tehran’s frailty, it should be noted that Iran allows its allies a degree of maneuverability. Tehran has no objection to Qatar opposing it in one situation or another, as long as Doha agrees with it in the end.

The mullah regime follows the Brotherhood’s principle of “cooperating with what is agreed upon and excusing each other for what is disagreed upon”, which is indeed the approach that Iran deals with its Qatari ally, Abadi said.