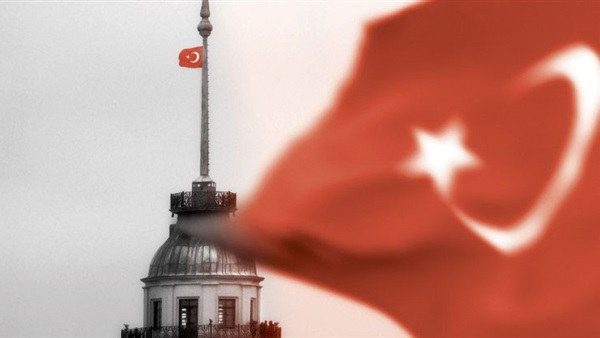 The Ottoman Empire has committed ungodly crimes against Lebanon since it fell into their hands in 1516 after the Battle of Marj Dabiq. With the beginning of the Ottoman military entry into the Levant, cities were abolished and their social structure was destroyed through operations of impoverishment, population expulsion, and the introduction of new citizens, in addition to genocide and indiscriminate killings.

When the oppression and corruption of the Ottoman Empire increased in the late 16th century, Lebanese Emir Fakhreddin al-Maani II led a serious attempt at independence in his country, but he fell into the hands of Sultan Murad IV, who ordered him to be hanged in Istanbul in 1635, outflanking Lebanon's first attempts to get rid of the Turks.

The Ottoman Empire played a major role in fueling the sectarian situation in Lebanon, which consists of several sects, namely Maronite Catholics, Druze, and both Sunni and Shiite Muslims. They kept all of that without modification, contenting themselves with the huge tax revenues that returned to the central treasury in Istanbul.

However, the middle of the 19th century witnessed a flare-up of sectarian strife among the people of Mount Lebanon due to the new Ottoman policies during that era, which witnessed the Druze and Maronite massacres in 1860, when a series of bloody events took place between the Maronite Catholics on the one hand and the Druze and Muslims on the other, beginning with a peasant revolution. Maronites attacked the Druze feudal lords and landowners, and soon it spread to southern Lebanon, where the nature of the conflict changed. The Druze then attacked the Maronites, and the number of Christians killed in those events reached about 20,000, while more than 380 Christian villages and 560 churches were destroyed. Similarly, the Druze and Muslims also suffered great losses.

Ottoman Sultan Abdul Hamid I was satisfied with dividing the country into two provinces – one for the Christians and the other for the Druze, with the northern region under a Christian deputy governor and the southern region under the authority of a Druze deputy. This situation was to ensure a place in the political future of Lebanon. On the one hand, the Ottomans saw that sectarian discrimination helped them rule the fierce people of the mountain. On the other hand, France supported the Catholic Maronites, while Britain supported the Druze.

The massacres of 1860 began with a conflict between two Druze and Maronite children from Deir al-Qamar. Their families, and then their sects, intervened. These differences sparked a torrent of violence that swept through Lebanon, and the unrest spread to mixed neighborhoods from southern Lebanon, the country’s eastern mountains, and even Sidon, Hasbaya, Rashaya, and Zahle.

These bloody events called on France to intervene after accusing the Ottomans of supporting the Druze. French Emperor Napoleon III reminded Istanbul that his country is the sponsor of the Catholics in the East, according to an agreement signed between the two parties in 1535. He added that, by virtue of that agreement, France would send an armed force to control the situation in Lebanon, at which point the Ottoman Empire showed its powerlessness.

The Ottomans agreed to the French request, and a European force of 12,000 soldiers was sent to Mount Lebanon. A new regime was formed in 1861 separating Lebanon from Syria and turning it into an independent state under the control of a Christian ruler appointed by the Ottoman Sultan with the approval of the European powers and assisted by the Administrative Council made up of twelve members from various religious sects in Lebanon.

France deployed a force of 6,000 soldiers to protect the regime, while it was agreed that other countries would send additional forces as needed. From that moment, Lebanon moved away from Ottoman rule little by little until the Turks besieged it in the First World War, which caused the outbreak of a famine in Lebanon that decimated about 200,000 people at once. Whoever was able to survive lived off dog and cat meat.

This tragedy was documented by photographer Ibrahim Naoum Kanaan, and the memory was immortalized by Lebanese fiction author Tawfik Youssef Awad in his novel “The Loaf,” in which he talked about the dry, black bread that the Turks forced the people of Lebanon to eat during the famine.

On May 6 of every year, the Lebanese celebrate Martyrs' Day in commemoration of more than 20 Arab intellectuals who were ordered to be executed by Jamal Pasha, the commander of the Ottoman Fourth Army in the Levant, on charges of planning an Arab revolt against the Turkish occupiers during the First World War. Their trial was administered by Pasha without even the lowest standards of fair and legal trials.