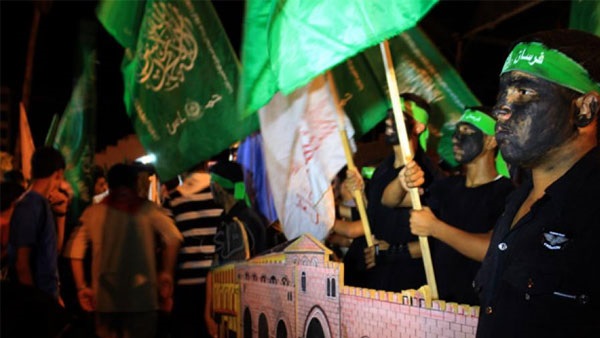 Turkey is granting citizenship to senior Hamas members, raising fears over the growing capacity of the Palestinian group to carry out terrorist attacks, the Telegraph said on Thursday.

The Telegraph said it had seen Turkish identity papers showing that at least one of 12 senior Hamas members has received Turkish citizenship.

An unnamed source told the Telegraph that seven of the 12 members had received Turkish citizenship, as well as passports, while the other five are in the process of receiving them. The Telegraph said some of the members are living under Turkish aliases.

The Telegraph described the members as a “Hamas terrorist cell”. Hamas is designated as a terrorist organisation by the United States and the European Union, and its armed wing has been banned in Britain.

However, Turkey maintains the group is a legitimate political movement which was democratically elected in the Palestinian territory of Gaza. Hamas says its main aim is to liberate Palestinians from Israeli occupation and establish an Islamic state.

An unnamed senior source in the region told the Telegraph the members “are not foot soldiers but the most senior Hamas operatives outside of Gaza. [They] are actively raising funds and directing operatives to carry out attacks in the present day.”

"The Turkish government gave in to pressure by Hamas to grant citizenship to its operatives, thereby allowing them to travel more freely, endangering other countries that have listed Hamas as a terror group,” the source said.

Zacharia Najib, a senior Hamas operative who oversaw a plot to assassinate the mayor of Jerusalem as well as other Israeli public figures, is among those understood to have received Turkish citizenship, the Telegraph said.

Israel has repeatedly said that Hamas is using Turkish territory to plot attacks. Turkey has denied that it permits terrorism to be planned from its territory.

The Telegraph said a senior Hamas official denied that its members operate outside the Palestinian territories and said it had no role in terrorist activity.