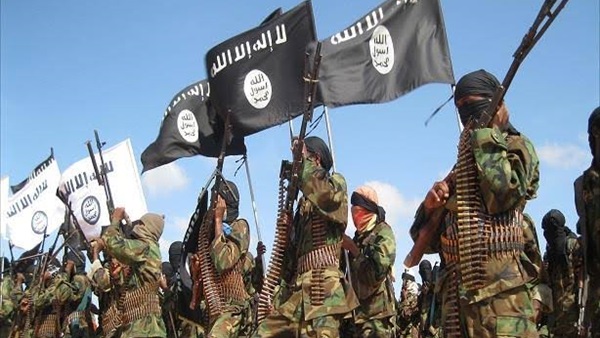 Somalia is paying the price for its souls and the stability of its security, after Qatar’s man, Fahd Al-Yassin, took control of the Somali National Intelligence and Security Agency, in terms of security and political instability, and the assassinations of security leaders and sheikhs.

As a result of Qatar's control, through Fahd Yassin, director of the Somali Intelligence and National Security Agency, over security services and accusations of infiltrating the Al-Shabaab terrorist movement, 5 soldiers, including the commander of the 8th Regiment of the 60th Division of the Somali Army, Muhammad Ishaq, were killed in violent fighting that took place today, Wednesday, between Somali government forces And al-Shabaab fighters in the Denunay region, about 26 km from Baidoa, the capital of the interim southwestern state of Somalia.

The reports received indicated that al-Shabaab fighters who launched an attack on a base of Somali forces in the region were able to control it for a short period after clashes with government forces that were stationed at the base.

The Al-Qaeda-affiliated Al-Shabaab movement launches attacks from time to time on the bases of Somali and African forces in the state of southwestern Somalia, and sets up ambushes for them during the movements of those forces between the cities of the different state.

According to press reports, Yassin has become the link between Qatar and the terrorist armed groups in Somalia, on top of which is the Al-Shabaab terrorist movement, but he has become the eye of the Qatari regime on groups, forces and clans in Somalia.

Qatar also hosts the second man in the Mujahideen Youth Movement, Muhammad Saeed Atm, who was listed by the Arab Quartet countries (Saudi Arabia, Egypt, the UAE and Bahrain) calling for combating terrorism in November 2017 on the terrorist lists, and which there are similarities between him and Fahd Yassin, in the framework of cooperation between Between them, and took information from him about the security situation in Somalia.

Turkey and Qatar are allies whose relations were strengthened after the Arab and Gulf boycott of Doha in June 2017, after it was revealed that Doha was involved in supporting and financing terrorism.

Somalia constitutes a vital geographical space for the two allies to expand and expand by investing in the weakness of the existing government in Somalia and in light of the growing strength of Al-Shabaab, the Somali branch of Al-Qaeda, which reports indicate close links between it and Doha under more than a disguise cover to mislead the international community and cover up suspicious links.

The anti-government Somali youth movement is also considered one of the largest terrorist groups and organizations in Mogadishu, as the existing governments and political regimes consider apostate regimes that contradict Islam and are hostile to Sharia and the enemies of religion, and that violence is the only means - according to their belief - to bring about fundamental changes in the structure of political, social and cultural systems. In addition to not recognizing the concepts of the homeland and the citizen as concepts that reinforce Western values ​​and principles.

The Somali Al-Shabaab movement is considered a faction of Al-Qaeda, as the organization found in Somalia a fertile environment for deployment and presence due to the region’s geography and its strategic location between the countries of the Horn of Africa, and the collapse of its central government, which helped the organization’s elements to move easily inside Somalia, and al-Qaeda succeeded in recruiting a number Of the young Somalis who formed the basic structure of the militant Islamic groups that emerged later, despite the strong spread of traditional Sufism there.

The movement controls a fifth of Somali territory, especially the rural areas and small towns in the south and center of the country.

Its presence has strengthened in the north, especially in the Puntland region, where it is confronting the Islamic State militants, "ISIS" in the heights of Jal Jala. The movement also takes the city of "Jilib" in southern Somalia as its de facto capital. The number of the movement’s members ranges between 3 and 9 thousand fighters, according to estimates by the US Department of Defense, despite reports of increasing defection rates within the movement’s ranks.

In December 2019, that is, three months after a Qatari man took control of the security establishment in Somalia, the Observatory of Takfiri Fatwas and Hardline Opinions, affiliated to the Egyptian Dar Al Iftaa, warned of the escalation of terrorist acts in the Somali capital, Mogadishu.

The Fatwa Observatory clarified that the terrorist Al-Qaeda organization maintains its elements in Somalia, Afghanistan, Yemen and West Africa, and that some terrorist ISIS elements fleeing Iraq and Syria may join it, and some other elements may collide with it in a mixture of coalition and confrontation.

The terrorist operations of Al-Shabaab movement, which was established in 2004 inside Somalia, have killed tens of thousands of people. It has expanded its terrorist activities across borders to target Kenya in particular, in addition to a number of neighboring countries.

During January and February 2020, Al-Shabaab carried out about 106 terrorist operations, including 99 operations inside Somalia, and 7 operations inside Kenya. The operations inside Somali varied between 34 attacks on military bases belonging to the Somali government forces and African forces in Somalia (AMISOM), 38 detonations between car bombs and planting landmines and explosive devices against civilians and some institutions and government officials, and 10 assassinations of a number of officials and army officers. Somali soldiers and police, 12 offensive operations against some government sites, and 3 executions and the end of apostasy for people accused by the movement of spying for government forces and some neighboring countries.

In addition to the downing of a US drone, and one kidnapping of a Somali local official. Since January 2020, the movement has announced that it has taken control of 4 regions in Somalia, including two strategic areas, one of which is located on the border with Ethiopia.

The field development of Al-Shabaab movement was monitored by the American agencies. A report from the US Department of Defense (Pentagon) issued on February 11, 2020 revealed the inability of the Somali federal government to stand alone against Al-Shabaab, and that the movement still maintains control and leadership, which is highlighted by its activities during the period The last few.