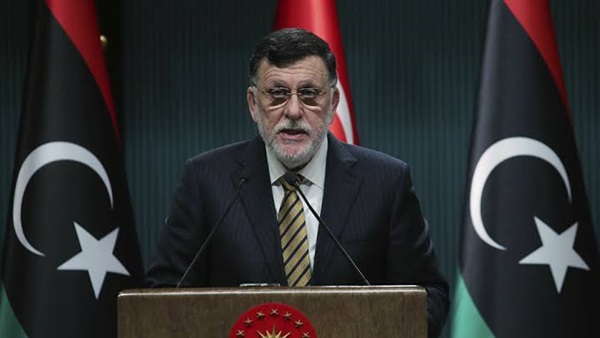 Fayez al-Sarraj, the head of the Government of National Accord, who is allied with Turkey, refused to cease fire in Libya except by implementing the condition that the Libyan National Army forces evacuate their positions, which he considered a threat to his forces allied with Turkey.

Turkish President Recep Erdogan seeks to achieve flimsy dreams of restoring the glories of his Ottoman ancestors, to control the region by establishing the rule of the Brotherhood in Libya, by supporting the militias of the Government of National Accord with weapons and mercenaries.

The White House condemned the presence of foreign forces in Libya, asserting that "there is no winner" in the complex civil war in the country.

"The United States is deeply concerned about the escalation of the conflict in Libya. We strongly oppose the intervention of foreign forces, including the use of mercenaries and contracted combatants by all sides," said a statement by the US President's National Security Adviser, Robert O'Brien.

O'Brien, who resumed work on Tuesday after recovering from the Corona virus, said that the struggle for international influence in oil-rich, strategically located Libya poses "serious threats to regional stability and global trade."

He mentioned that US President Donald Trump recently discussed the Libya file with a number of country leaders. He stressed that "there is clearly no winner" in this dispute.

"The Libyans can only win if they unite to regain their sovereignty and rebuild a unified country," a Trump advisor noted.

He called for respecting the arms embargo imposed by the United Nations, and for the conclusion of a ceasefire through UN-led talks.

He added that Washington is committed to playing an "active, but neutral" role to help find a solution that supports Libyan sovereignty and protects the common interests of the United States and its allies.

Turkey is sending thousands of Syrian mercenaries and Turkish officers, and tons of military equipment to support the Accord forces.

And last month, the US Department of Defense released pictures it said were satellite evidence showing the deployment of Russian military equipment in Sirte.

The Libyan arena is witnessing accelerating events and daily developments since the GNA militia took control of the administrative borders of the capital, Tripoli and the entire western region, and is currently heading towards Sirte in order to reach the Gulf of Sirte oil region, and is currently mobilizing its forces in preparation for entering the strategic area, which is one of the most important Turkish ambitions in Libya.

Libya is experiencing a poor humanitarian situation as a result of the bloody struggle for power that began since the assassination of Muammar Gaddafi in 2011, while the Libyan street is witnessing a wide movement to reject foreign interference in the Libyan affairs.