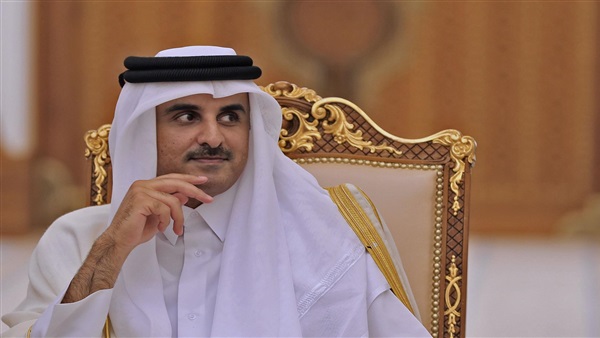 The strengthening in relations between Qatar and Iran started soon after Arab states cut off their diplomatic and trade ties with the former in 2017 because of its interference in the affairs of fellow Arab states and its sponsorship of terrorism.

However, this turned Qatar into a lackey of Tehran, in its rulers bid to protect their power. Qatari emir, Tamim bin Hamad, keeps receiving leaders of the Iranian Revolutionary Guard Corpse.

In November last year, the site, QatariLeaks, which is affiliated to the Qatari opposition, revealed that members of the Iranian Revolutionary Guard Corpse had visited the residence of the emir of Qatar.

The visit coincided with protests in Iraq demanding the departure of Iranian militias from the Arab country.

The Revolutionary Guard delegation, QatariLeaks said, asked the emir of Qatar to maintain his financial support to Iran and contribute to the protection of Iranian interests in countries like Iraq, Yemen, Lebanon and Syria.

The delegation also asked for coordination with Qatar with the aim of sabotaging the Iraqi protests, which by that time had seeped out into all Iraqi cities.

In December of the same year, the same site said a delegation of the Iranian Revolutionary Guard Corpse visited Doha and held a number of secret meetings with Qatari officials.

It said the meetings primarily focused on Iranian and Qatari plans for military moves in the Arab Gulf.

At the center of the talks, the site said, was a proposed joint Omani-Qatari-Iranian military operation in the Gulf aiming at undermining regional security.

Iranian and Qatari media tried to portray the meeting as an ordinary one between military officials on both sides.

The two sides agreed that Tamim would support Iranian naval operations in the Gulf, the site said.