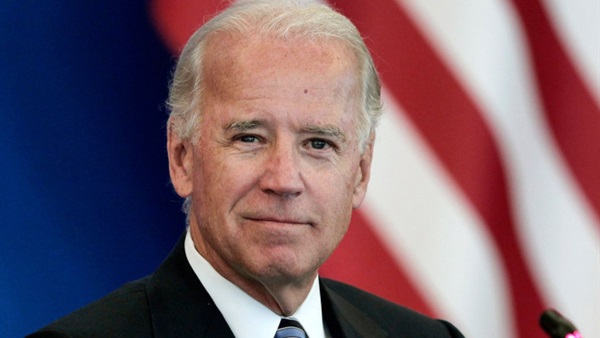 A report by the Turkey-U.S. Business Council last week urged Turkish officials to step into the vacuum created by rising U.S.-China tensions to increase trade with the United States and boost U.S.-Turkey relations.

Yet despite a range of major disputes – the possible extradition of Turkish preacher Fethullah Gülen, the sanctions-evasions case against Turkey’s state-run Halkbank, Turkey’s purchase of Russian S-400 missile defence systems and its widely criticised military offensive against U.S.-allied Kurdish militants – ties between the NATO allies may already be too tight.

Since Turkey released U.S. Pastor Andrew Brunson in late 2018, President Donald Trump and his Turkish counterpart Recep Tayyip Erdoğan have been something like bosom buddies, to the point that Trump tends to go along with Erdoğan’s wishes, according to former National Security Adviser John Bolton’s book, “The Room Where It Happened”.

The two leaders speak on the phone every few weeks and their friendship extends to their kin: Bolton details how White House to White Palace communications often occur via the presidents’ sons-in-law, White House adviser Jared Kusher and Turkish Treasury and Finance Minister Berat Albayrak.

Former U.S. Ambassador to Turkey Eric Edelman said earlier this month that these strong family ties give Erdoğan the sense that he has a “get out of jail free” card in regards to possible sanctions. Thus far that appears to be the case. Congress has pushed Trump to sanction Turkey for its S-400 purchase – an action that is mandated by U.S. law – and for its Libya intervention; the U.S. president has yet to budge.

“The personal relationship between these two men has come to transcend all levels of bureaucracy when it comes to foreign policy-making,” Merve Tahiroğlu, Turkey programme coordinator for the Project on Middle East Democracy, told Ahval in a podcast.

As a result, top U.S. government bodies, including the departments of state and defence, have openly disagreed with the country’s leader on crucial policy issues, such as the U.S. presence in Syria. There’s a chance the U.S. presidential vote in November could put an end to the disagreements and the bond with Erdoğan.

Recent polls give Democratic Party candidate Joseph Biden a double-digit lead on Trump. With the election just three months away, analysts are examining how a President Biden might reshape U.S. policies. The fact that the United States, the United Kingdom, France and Russia all have former Turkey hands either in charge of or in a top role at their intelligence agencies underscores the centrality of Turkey today and the importance of relations with Turkey, particularly for Western powers.

“The most obvious implication is that the Obama administration’s foreign policy community would once again gain influence over U.S. decision-making,” Adam McConnel, a history professor at Istanbul’s Sabancı University, wrote for Turkey’s state-run Anadolu Agency. “And it is safe to say that most people in Turkey would be horrified by that prospect.”

Several of the key tensions between the United States and Turkey originated during the Obama era, when Biden served as vice president, and Trump has largely shifted away from the positions of his predecessor. The Obama administration applied the sanctions against Iran that Halkbank violated, with Erdoğan’s backing, with the largest sanctions-evasion scheme in history. In refusing to levy sanctions, Trump himself has blamed Obama for Turkey’s S-400 purchase.

As vice president, Biden initially seemed to support Turkey: after spending time with the Turkish leader in Washington in May 2013 he said that he had admired Erdoğan for a long time. But in October 2014, Biden in a speech suggested that Turkey had helped create the Islamic State (ISIS). A few months later, Obama chose the Kurdish-led Syrian Democratic Forces (SDF) to lead the fight against the Islamic State.

“The United States partnered with Syrian Kurds because Turkey failed over and again to do its own duties and help the global fight against ISIS,” said Tahiroğlu. “Turkey’s policies allowed the threat of ISIS and other groups to grow.”

Last year, Trump appeased Erdoğan and vowed to cut ties with the SDF, though he later relented. Still, Biden would likely be less willing than Trump to side with Erdoğan on issues that encroach on NATO and U.S. security, such as Turkey’s intervention in Libya, its S-400 purchase, its maritime challenges against Greece and its drilling for natural gas in the Eastern Mediterranean.

“Given Biden’s track record he’s going to be more sympathetic with Greece in the Eastern Mediterranean,” said Tahiroğlu, who added that the former vice president would also be more supportive of Syrian Kurds. “He’s going to be less interested in appeasing Turkey for the very adult decision Erdoğan made to purchase the S-400 system despite a year of warnings. I think Biden is going to be more interested in actually implementing U.S. law, unlike the current president.”

Visiting Turkey in early 2016, Biden criticised the Turkish government for its ongoing military offensive against Kurdish militants in the country’s southeast. He also denounced Turkey’s violations of press freedom and met the wife and son of jailed journalist Can Dundar.

Considering this, Biden seems more likely to pressure Turkey on its illiberal and anti-democratic tendencies, like the lengthy detentions of philanthropist Osman Kavala and former presidential candidate Selahattin Demirtaş, the restrictive social media law Turkey passed this week and government plans to withdraw from the Istanbul Convention, a global compact to combat violence against women.

“In the eyes of the Trump administration this is normal behaviour, like the CEO of a company trying to keep restless employees at bay,” said Tahiroğlu, envisioning a different approach from a President Biden.

“He’s going to care about how democratically an ally of the United States is being governed,” she added. “He’s going to be, hopefully, like the Obama administration, more outspoken when it comes to Erdoğan’s transgressions against these fundamental rights and values.”

During a December interview with The New York Times, Biden described Erdoğan as an autocrat and voiced support for Kurdish voters marginalised by the Justice and Development Party (AKP) government’s years-long crackdown on the pro-Kurdish Peoples’ Democratic Party (HDP). He also said the United States should take a more aggressive approach to Erdoğan by backing opposition party leaders.

“We can support those elements of the Turkish leadership that still exist and get more from them and embolden them to be able to take on and defeat Erdoğan,” Biden said.

A key concern about a more aggressive U.S. posture toward Turkey is that Turkish officials are prone to portray any U.S. or European Union punishment, or even any Western support of pro-democracy activists within Turkey, as part of a conspiracy to topple the Turkish government.

In 2018, Erdoğan said Hungarian-American financier and democracy advocate George Soros was behind Kavala’s alleged attempt to overthrow the Turkish government. Turkish officials have made similar accusations against the “Jewish lobby”, the “interest rate lobby”, the CIA, and U.S.-based Turkey experts like Henri Barkey.

“How do you deal with a leader like Erdoğan who, if you do pushback, can spin anything you do to his domestic audience as America hating Turkey?” said Tahiroğlu, adding that the only reasonable path forward for the United States and the EU is consistently enforcing their own laws and international regulations.

“There’s no winning by appeasing a leader like Erdoğan,” she said. “All the United States and Turkey’s European partners can do here is act consistently, that is the only way they can show the Turkish people what they’re trying to do is help not hurt the Turkish citizen.”