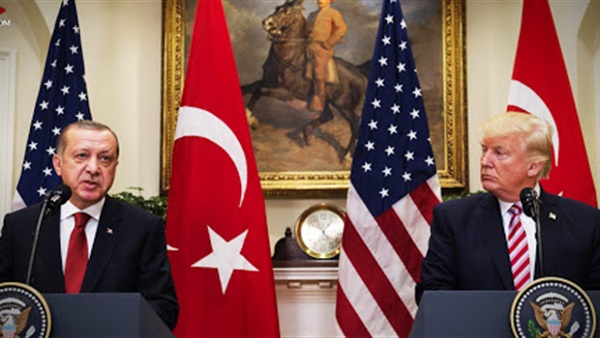 The surprise deal last week will allow Delta Crescent Energy, a US company based in Delaware, to develop oil fields under the control of the Kurdish-led Syrian Democratic Forces (SDF).

The agreement is thought to have the support of the White House, and follows talks between US Republican Senator Lindsey Graham and SDF leader Mazlum Kobani.

Ankara regards the SDF as a terror group, a political extension of the outlawed Kurdistan Workers’ Party (PKK), and Erdogan was expected to react with anger.

But Joe Macaron, a Middle East foreign policy analyst at the Arab Center in Washington, said Erdogan would not jeopardize his relationship with Trump for an inevitable US oil contract in SDF-controlled areas in Syria when he knows how important oil is for Trump.

“Ankara has made clear strategic gains in Syria and Libya thanks to US support and has managed to push Kurdish forces away from its border while altering the dynamics in Libya and the Eastern Mediterranean,” he told Arab News.

Military analyst Navvar Saban said: “The Americans have a plan for this area but we don’t know any detail about the contract. That is why Ankara did not react strongly.”