U.S. Congress may push Trump to impose sanctions on Erdoğan 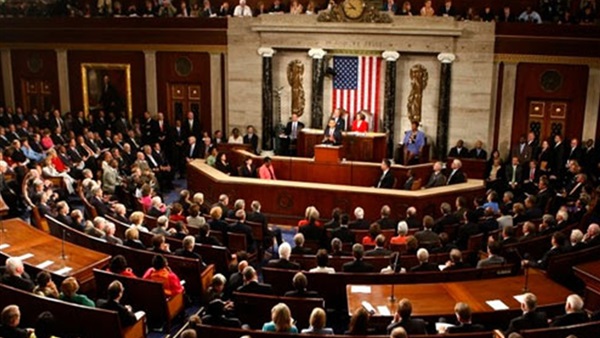 A recent bipartisan legislation passed at the U.S. House of Representatives has a clause to pressure President Donald Trump to apply sanctions against Turkey within 30 days of the law’s enactment.

The House passed legislation last week to impose sanctions on Turkey over its purchase of Russian S-400 missile systems, the latest move in the chamber to push Trump to take a harder line against Ankara.

“The acquisition by the Government of Turkey of the S-400 air and missile defense system from the Russian Federation beginning on July 12, 2019, shall constitute a significant transaction as described in section 231 of the Countering America’s Adversaries Through Sanctions Act (CAATSA)” the legislation noted, referring to U.S. sanctions on rivals Russia, Iran and North Korea.

The two separate Defence Department budgets passed in the House of Representatives and the Senate were adopted with a veto-proof majority. Differences between the bills are expected to be ironed out in a conference meeting before going to Trump’s desk.

Accordingly, the legislation submitted by U.S. Representative Adam Kinzinger (R-IL), Abigail Spanberger (D-VA), and Ranking Member of the House Foreign Affairs Committee Michael McCaul (R-TX), which also became an amendment for NDAA said: “Not later than 30 days after the date of the enactment of this Act, the President shall impose five or more of the sanctions” of the 12 potential sanction articles stated in CAATSA. The deadline for Trump to sign the NDAA is September 30, a nearly a month before the November 3 presidential elections.

The embargo will be removed only after Ankara proves that it no longer possesses the S-400s, nor anyone else on Russia’s behalf on Turkish soil.

The 12 sanctions listed in CAATSA that Trump can impose on Turkey include prohibiting loans from United States and international financial institutions, including, but not limited to, the World Bank and the International Monetary Fund and banking restrictions.

Turkey’s economy is reeling from the fallout of the coronavirus pandemic, which struck as the country was recovering from a recession sparked by a diplomatic row with Washington in 2018 that sent the lira on a downward spiral.

A recent opinion survey showed 58 percent of participants in Turkey believe they are worse off financially compared to 2019. Consumer price inflation in Turkey is expected to increase, according to a monthly survey by the central bank. Consumer confidence fell in July, signalling that Ankara’s hopes for strong economic recovery in the second half of 2020 may face obstacles.

In a tweet last week, Trump explained that he would reject the NDAA because the bill also proposes to change the names of several American military bases named after pro-slavery Confederation army commanders. The president said the existing names were a part of U.S. heritage.

The United States halted the delivery of 100 F-35 fighter jets to Turkey and suspended the country from a programme to build the fifth-generation warplanes after Ankara received Russia’s S-400 surface-to-air missile systems last July. But Trump has avoided imposing severe sanctions on Turkey under CAATSA, which stipulates that a country purchasing a major defence system from Russia should be sanctioned.

U.S. Secretary of State Mike Pompeo said last week investors of two Russian natural gas pipelines may face sanctions in a move designed to curb Moscow’s economic influence over Europe and Turkey. The United States may use the CAATSA to punish participants in the Nord Stream 2 and a branch of TurkStream, Pompeo said, speaking of two pipeline systems tasked with supplying gas from Russia to Europe and Turkey, respectively. Construction on Turkstream project started in May 2017 and deliveries to Bulgaria began in January, where the gas will be delivered to countries in Central Europe.

“It’s a clear warning to companies aiding and abetting Russia’s malign influence projects will not be tolerated. Get out now, or risk, the consequences,” Pompeo said in a statement.

Such remarks may indicate that the United States is preparing to use CAATSA more forcefully in the upcoming months. Whether this will include sanctions that could directly harm the Erdogan government still remains to be seen. The NDAA passed in 2019 banned F-35s from being shipped to Turkey and called on Trump to impose CAATSA sanctions on Turkey, to no avail.

President Trump's administration has been successfully pushing back against the calls of serious sanctions against Turkey, including CAATSA sanctions. Trump announced temporary sanctions when the Erdogan ordered a strike against Kurdish militants in October of 2019, who have been the major fighting force against Islamic State (ISIS), Many observers of the economic sanctions, which include a re-doubling of steel tariffs halved last year when Turkey released a U.S. pastor from detention, considered these sanctions as toothless.

Former U.S. National Security Adviser John Bolton made it clear in his latest book that he is critical of Trump’s motivations when it comes to dealing with Erdoğan, suggesting that Trump’s personal or business relationships influence his position on Turkey. Reasons for Trump’s opposition to sanctions against Erdoğan are not entirely clear to Turkey observers since the United States does not appear to be getting anything in return while supporting some of the Turkish foreign adventurism in Syria or Libya.

According to Soli Ozel, "an arguably overstretched Turkey relies on at least tacit U.S. support in Libya." Erdoğan is the most frequent caller of President Donald Trump, and this seemingly close ties provides the kind of support Erdogan needs. "So, the American dimension cannot be underestimated in Turkey’s activism," Ozel said.

The U.S. military has confirmed it will purchase F-35 fighter jets originally produced for Turkey, ending speculation after Turkey was expelled from the joint strike fighter programme last year.

Meanwhile, the Turkish government vowed reprisals if U.S. Congress passes a defence policy bill that prevents F-35 sales to Ankara, a threat it has so far failed to follow up on.