Turkey to establish a military base in Oman, Turkish politician close to Erdogan says 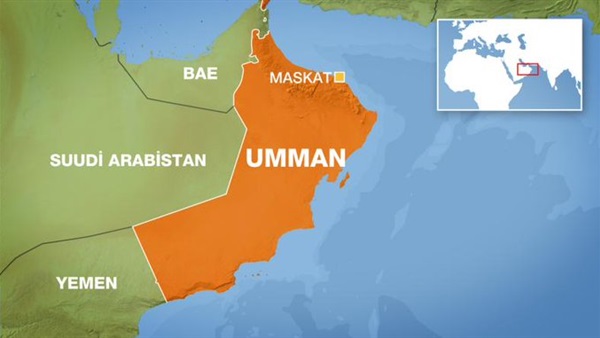 During the past hours, many social media users in the Gulf region talked only about Turkey's intention to establish a military base in the Sultanate of Oman.

The beginning was when Turkish politician Ibrahim Kargul, who is close to Turkish President Recep Tayyip Erdogan, claimed that Turkey had concluded an agreement with the Sultanate to establish a military base.

Kargul, who is close to Erdogan, added in a tweet to him on Twitter: "Erdogan succeeded in his geopolitical mentality to tighten his control of the region by dominating the Red Sea through the military base in Somalia, and on the Gulf through the base that he agreed with the Omani authorities to establish in the Sultanate, after establishing Turkish military base in Qatar. "

He pointed out that the past few days did not witness any Turkish Omani political or military meetings, except for the meeting of the Secretary General of the Omani Foreign Ministry and the Assistant Foreign Minister of Turkey, and their discussions were in the economic, social and cultural aspects.

He continued: "But this does not negate the existence of military cooperation between the Sultanate of Oman and Turkey," noting that "the issue of establishing a Turkish base in the Sultanate of Oman has been raised for a year or two, and there are reports that Turkey has applied to establish a base near the Yemen border, but there is no Something formal about that. "

The Omani journalist, researcher in international affairs, Salem Al-Jahoury, considered that the allegations regarding the establishment of a Turkish military base in Buraimi, and the great interaction with it, aims to "harm relations" between Oman and its sister states and within the Gulf Cooperation Council.

Al-Jhouri said that these allegations were inaccurate and contained contradictory information, as Al-Buraimi is a desert region so how can a naval base be established, as it was said at the beginning that it is one base, then it was said that two bases will be established.

He stressed that "nothing official has been issued by the Omani government regarding the establishment of a Turkish base in Buraimi, and I rule that this will happen," but he pointed out at the same time that "Oman has military cooperation with some countries in the world, including Turkey." 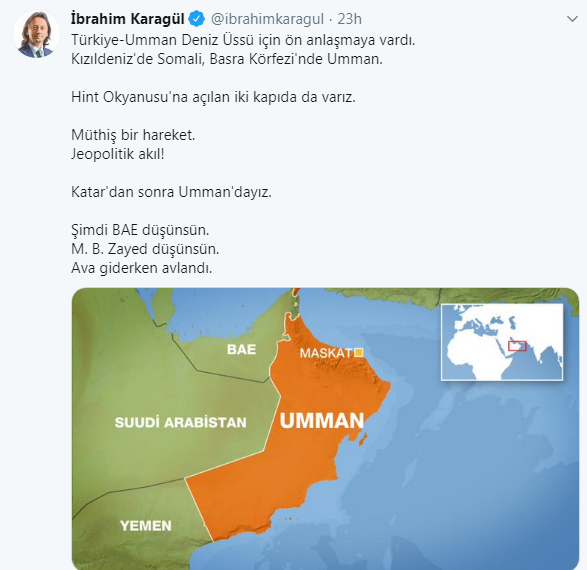