Qatar Charity and the Muslim Brotherhood network in Europe 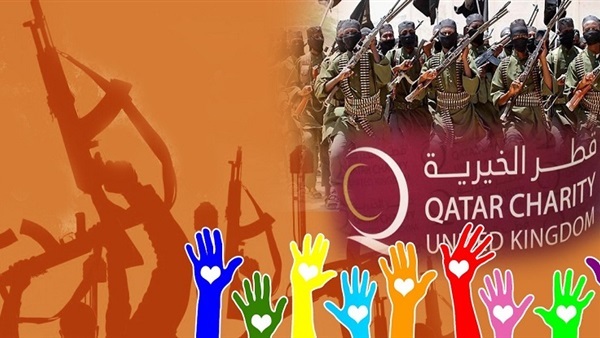 With this caution in mind about how to interpret the underlying motives and possible ramifications of foreign funding of mosques in western Europe, we turn now, as an extensive case study, to an ambitious Wahhabi missionary project in the West that is part of Qatar Charity’s “Ghaith Initiative”, and its relationship to the Muslim Brotherhood-allied Union des organisations islamiques en Europe (UOIE; or Federation of Islamic Organisations in Europe – FIOE).

In June 2016, a delegation from the governing board of the Al Noor Centre in Mulhouse, northern France, visited Doha seeking donations to help complete construction of “the largest Islamic centre in Europe”, described in a press release as a project of Qatar Charity’s “Ghaith Initiative”.

The delegation included three Frenchwomen described as supervisors of Al Noor France and identified as preacher Khadijah Halfiah, a board member of the Muslim Association of Alsace (AMAL) and the Noor Centre’s fundraiser; Beyout Ogheili (a recent ‘revert’ to Islam), a bank manager and financial adviser to AMAL; and Hind Al-Mohafidh, another AMAL board member.

Qatar Charity’s chairman, Sheikh Hamad bin Nasser bin Jassem Al Thani, said the project reflected the charity’s eagerness to “strengthen the Islamic identity of Muslim communities in Europe, supporting the idea of ​​peaceful coexistence between different cultures, promoting a proper understanding of the values ​​and principles of Islam and reflecting a moderate interaction with Muslim communities”.

It was stated that the centre is being overseen by Qatar Charity UK, whose deputy chairman, Salah al-Hammadi, is the son of the Qatari missionary preacher Sheikh Dr Ahmed al-Hammadi, the driving force behind the Ghaith Initiative.  In June 2015, shortly before the launch of the initiative, Sheikh Ahmed could be seen tweeting, with Islamic chauvinism, that “the historic impact of the Muslims on Europe remains to this day, and cannot in fairness be denied”, and that “leading scholars in Europe testify to the major role of the Muslims in its renaissance”.

He was already fundraising on Twitter and on local TV channels for Islamic schools in France, where he said there were 12 million Muslims (at least double most other estimates) and that 10,000 people a year were being brought into Islam. “The Al Noor Centre is a quantum leap in terms of projects in Europe,” the younger al-Hammadi said at the French delegation’s press conference.

Qatar Charity says the centre will be “strategically located in the border region between France, Germany and Switzerland” and serve 200,000 Muslims in the area. The project will cost €27 million ($29.4 million), of which nearly half had been raised by June 2016, and it has the backing of Qatar’s Ministry of Awqaf (Islamic endowments) and Islamic Affairs.

It will cooperate fully “with all local authorities and institutions working for the public benefit and fighting against Islamophobia, racism and incitement to hatred, contributing to Muslim community service, helping them to practise their religious duties, meeting their cultural needs and activating the spirit of active citizenship and positive partnership and commitment.

It will also teach Arabic language and Islamic education to more than 800 children and young people – including Quran memorisation – and incorporate a regular school which will accommodate 300 students, providing them with a good level of education which will allow them to ultimately enter the most prestigious local universities.”

Qatar Charity calls the Ghaith Initiative a “natural extension” of projects established over the past few years under the supervision of Sheikh Dr Ahmed Al Hammadi, which have included the creation of 138 Islamic centres across Europe.

Similar projects in France for which the Qatar Charity website is currently soliciting financial support include an Islamic cultural centre in the ‘strategic’ city of Strasbourg (apparently ‘the capital of the European Union’); an educational and cultural centre in Belfort, also in northeast France; and the European Institute for Human Sciences (IESH), a residential imam-training centre near Chateau Chinon in central France that also offers distance learning, summer schools and family holidays.  The IESH was set up by the Union des organisations islamiques en Europe (UOIE) – one of a number of organisations designated terrorist by Saudi Arabia and the UAE in 2014.

The institute has been teaching Arabic, Quran-memorisation and religious studies since 1990, and is at present fundraising for a new mosque and accommodation block.  The IESH has been “voted Quran Institute of the Year by the Muslim World League”, based in Mecca.

It also publishes fatwas on happenings in Europe based on the guidance of the Dublin-based European Council on Fatwa and Research (ECFR), which was established by the UOIE in 1997 and is chaired by the Qatar-based Muslim Brotherhood (MB) preacher Sheikh Youssef al-Qaradawi. According to Wikipedia, one of the objectives of the ECFR is to “promote, and control, the local education of native imams”.

This is something that might help to counter criticism of the foreign-born imams often appointed in the past to preach in foreign-funded mosques in Europe without adequate knowledge of local conditions or even languages.  However, this claim is not supported by the ECFR’s own constitution.

There is an intricate network of relationships between the UOIE and its French offshoot (the UOIF) and their many mosques, the ECFR, the Muslim Brotherhood (MB), the Qataris and others.  The UOIF was founded in 1983 in by two students, from Tunisia and Iraq, as a federation of about 15 Muslim organisations in France, and now owns and manages hundreds of mosques.

It is seen as representing the MB in France, and it therefore makes sense for Qatar, which has for decades had close links with the Brotherhood in several parts of the world, to channel its investment in French Islam into UOIF-affiliated mosques and centres.  According to one French commentator, Qatar’s financing of French mosques has followed the model of earlier Moroccan, Algerian and Saudi backers, “but with a greater emphasis on proselytising”.

He also pointed out the contrasts between the Qataris’ association with the MB and its activist political reform agenda, the conservative Salafism promoted by the Saudis, and the nationally-based ties linking Moroccan and Algerian funders to an older generation of Muslim immigrants.

The controversial Sheikh Youssef al-Qaradawi (French commentators sometimes call him ‘sulfureux’, sulphurous) plays an influential role as head of the ECFR.  He has been accused of “flooding Europe with his fatwas from Dublin” while continuing to preach in Doha and broadcast his popular talk show Al-Sharia wal-Hayat (Sharia and Life) to millions of viewers worldwide on Qatar’s Al Jazeera satellite TV.

Qaradawi advocates the integration of Muslims into the modern world and has opposed certain extremist views, but he has frequently voiced anti-Semitic views in the past and justified suicide bombings, including by women, in Palestine.  Qaradawi was also a regular guest at the IESH in Chateau Chinon and at UOIF gatherings in France before being banned in 2012 from visiting the country.  The many other MB guest speakers and preachers at UOIF mosques and seminars have included Professor Tariq Ramadan and his allegedly more radical and openly anti-Semitic brother Hani (grandsons, incidentally, of MB founder Hassan al-Banna).

The Noor Centre in Mulhouse, meanwhile, into which Qatar Charity has already injected large amounts of funding, is run by the UOIF-affiliated Muslim Association of Alsace (AMAL).

The project to replace AMAL’s older and much smaller facilities with a majestic new all-purpose centre was launched in 2009 with money from Kuwait as well as Qatar in addition to local donations, and reportedly has the backing of Youssef al-Qaradawi.

Other French Muslim groups have criticised what they see as the inappropriately grandiose scale of the project and its alleged commercial and political dimensions, as well as accusing AMAL of financial mismanagement and a lack of transparency about the Qatari donations.