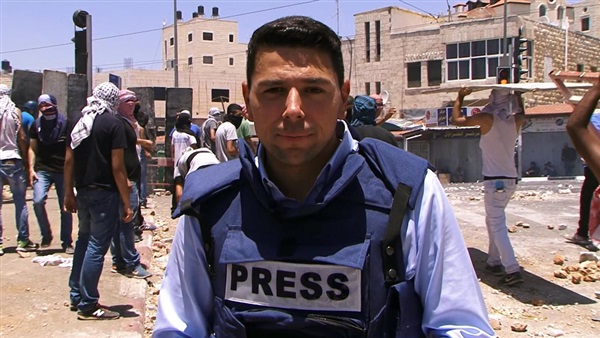 The international Brotherhood organization has long sought to use its arms in countries throughout the world to spread its anarchic ideology and implement its agenda to instigate the people, especially in Western countries, and the terrorist group has taken advantage of the Qatari network Al-Jazeera, particularly its English-language network, to achieve this.

Among the most prominent media figures carrying out the Brotherhood’s goals is Ayman Mohyeldin, who has worked to incite Americans against the police by calling for mass demonstrations and publishing pictures that provoke the public against the US government, especially with the recent events following the killing of George Floyd at the hands of police.

Mohyeldin also worked for Al-Jazeera English since its inception in 2006. He has covered many events in the Middle East, most notably the trial of late Iraqi President Saddam Hussein, in addition to covering the war on the Gaza Strip in 2008.

When the Arab Spring revolutions broke out, Al-Jazeera planted its correspondents in various Arab countries to cover the events there. Mohyeldin was assigned to cover Egypt due to his Egyptian origins, and he followed the channel's method of continuous incitement and sowing discord.

On January 30, 2011, former Egyptian Information Minister Anas el-Fiqqi revoked Al-Jazeera’s license, ordered the closure of its Cairo office, and prevented its correspondents from working, but the Qatari network refused to stop broadcasting under the claim of maintaining credibility. Mohyeldin was one of five working in Cairo to cover the events of 2011.

Mohyeldin now uses Twitter to spread posts and photos inciting violence and demonstrations against the US government under the banner of anti-racism, which the Qatari network has been promoting in order to generate a situation of constant violence and chaos.