Parliamentary pressure in Iran against "Rouhani" 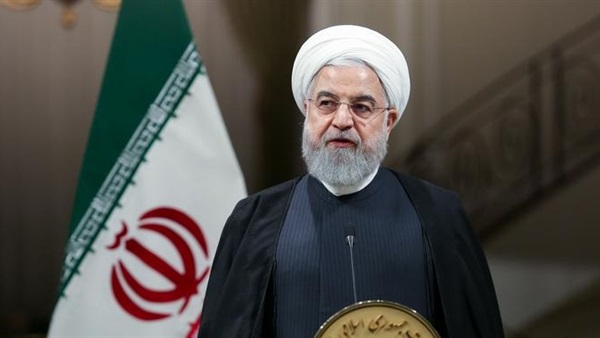 Chairmen of the Iranian Parliament’s committees in its new session sent a message to President Hassan Rouhani on June 27, 2020, requesting him to change the course of seven years of his administration against the backdrop of the exacerbation of economic problems and the extremely high cost of the Iranians, stressing that the parliament will not be silent about the rights of people.

The letter bears the signature of 12 deputies who were elected by deputies to chair committees that consider the performance of ministries. This coincides with the massive outbreak of the Corona pandemic and the deteriorating state of the economic situation in Iran, as well as the dangerous escalation with the United States of America regarding several issues. Accordingly, the "reference" below presents the most prominent motives behind the intensification of pressure by the Iranian parliament on Rouhani.

First - the deterioration of the economic situation was the comprehensive joint action plan, or what is known as the nuclear agreement signed by Tehran with US President Barack Obama in 2015, as a savior of the Iranian economy; As a large number of foreign multinationals rushed to the Iranian market, the result of Iran’s contract was dozens of contracts for major investment projects that would have greatly improved the status of the Iranian economy.

But the winds came as the ships did not crave and US President Donald Trump promised during his campaign to exit the nuclear agreement, which he did after his arrival to the White House in May 2018. Accordingly, the American withdrawal from the nuclear agreement and the imposition of three waves of American economic sanctions on Iran The latter returned to square zero, which led to a decrease in the value of the Iranian currency, higher prices, and an increase in inflation and unemployment.

Which resulted in a group of protests, the most recent of which was an Iranian crowd angry at the service of selling the dollar in front of the central bank headquarters on June 14, 2020, chanting slogans calling for the resignation of the governor of the central bank, Abdel Nasser Hemta; Where some citizens deposited their money in the "Nemai" institution supported by the Central Bank, in the hope of obtaining interest or land, but no interest was paid to them, but their money was confiscated due to the bankruptcy of the institution (1).

Some economic sources in Iran indicated that Tehran is suffering from a wave of high prices and high prices in the fruit and vegetable markets, real estate and home appliances. This turned into a state of anxiety due to inflation and high prices, in parallel with the growing fears of the spread of the Coruna virus across the country.

In the same context, the economic deterioration comes in conjunction with the disclosure of large campaigns of corruption in Iran; On June 7, 2020, it was promoted to try the former deputy chief justice, Akbar Tabari, and his partners, for his involvement in managing a network of 21 people with corruption, money laundering, abuse of power, and taking bribes (2). Second - The imminence of presidential entitlements It can be said that the conservative current in Iran wants to seize the failure suffered by the Rouhani government against the background of the American exit from the nuclear agreement in May 2018, to establish its control over the institutions of governance in Iran, and this comes in the midst of the successes achieved by this current Especially with regard to the parliamentary elections held in February 2020; Where the conservative current candidates won 191 seats, 16 seats for the reformist movement and 34 seats for independents, which imposed almost complete control by the conservative movement over the Islamic Shura Council (3).

In the same vein, the victory of the mayor of Tehran and former Revolutionary Guards official Muhammad Baqer Qalibaf in the post of Iranian Parliament speaker, in the vote that took place on May 28, 2020 in light of intense competition with former parliament member Hamid Reza Haji Babayi who withdrew in the end in favor of Qalibaf, posing great challenges for the president The Iranian Hassan Rouhani consisted of pursuing the conservative movement by promoting corruption issues, restricting freedoms, and stoking the relationship between the government and citizens (4).

Therefore, it can be said that the hardliner is waging a major campaign in the face of the Rouhani government, through which it wishes to rely on the great failure of its government after the American exit from the nuclear agreement to deprive the reformist movement, which is already very weak from relying on the possibility of winning the next presidential elections, Which is supposed to be held during the next year.

Third - Escalation with Washington The dispute between the Rouhani government and the Islamic Shura Council, which is controlled by the hard-line current, comes in light of an unprecedented escalation between the United States of America and Tehran, especially with regard to two key files represented in the issue of arms embargoes and negative reports issued by the International Atomic Energy Agency on Iran.

Washington sees the necessity to extend the arms embargo, which is scheduled to end in October 2020, justifying that it will prevent Iran from providing military support to its militias in the region, which threaten the interests of the United States of America and its allies mainly.

On the other hand, Tehran confirmed that lifting the ban on importing or exporting weapons is one of the rights acquired by them under the agreement, in addition to that the United States of America has no right to interfere in this issue, as it has become not a major party to the nuclear agreement after its exit from it in May of the year 2018.

On the other hand, the International Atomic Energy Agency announced in early June 2020 that Tehran's stockpile of enriched uranium exceeded the allowable and stipulated in the nuclear agreement concluded by Iran with countries (5 + 1) by about 8 times; As the amount fertilized by Iran on the twentieth of May of this year, 1571.6 kg of enriched uranium, while the permissible limit is only 202.8 kg (5).

This was the response of Iranian Foreign Minister Javad Zarif on June 16th, confirming that the IAEA report was affected by US-Israeli pressure, and Zarif commented on this through his tweet on Twitter, saying: “The Americans and in cooperation with the Zionist entity And some other countries have made moves in recent years to put pressure on the International Atomic Energy Agency to destroy the nuclear agreement, and it is unfortunate that we have seen that the recent report of the IAEA has been affected by some of these pressures, so there is an urgent need for cooperation and consultation with major powers so that we do not allow this policy to affect And it achieved its goal of destroying the agreement. ”(6)