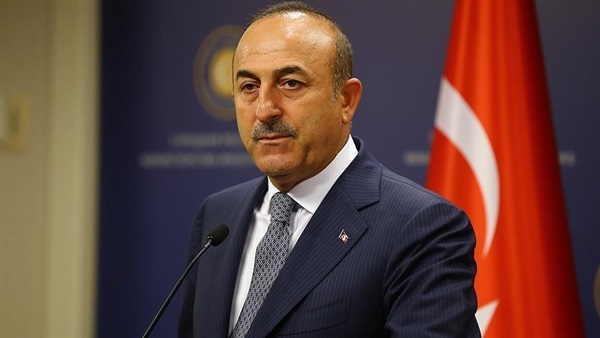 Turkish Foreign Minister Mevlüt Çavuşoğlu is instrumental in the implementation of the expansionist plans of Turkish President Recep Tayyip Erdogan in the region.

In doing this, he turns against the zero-problems policy followed by his predecessor Ahmet Davutoğlu.

Çavuşoğlu was born in 1968 in the resort town of Alanya on Turkey's central Mediterranean coast. He graduated from the University of Ankara in 1988, where he studied international relations.

Çavuşoğlu obtained a master's degree in economics from Long Island University in New York. He then obtained a PhD from London School of Economics.

In 2010, Çavuşoğlu was chosen to be the head of the parliamentary committee of the European Council, the first Turkish national to take over this post. He then represented the resort city of Antalya in the Turkish parliament when he won a seat in 2022. Çavuşoğlu is also a founding member of the Turkish ruling Justice and Development Party.

On August 29, 2014, Çavuşoğlu was appointed as the Turkish foreign minister.

Çavuşoğlu promoted Turkey's expansionist policy under the pretext of fighting the Kurdistan Workers' Party in Syria and Iraq. He declared the launch of military operations in the two states to eradicate the members of the party.

This came at a time Turkey's relations with militant and terrorist groups in northern Syria became stronger. Turkey also kills innocent Syrian civilians in the northern part of the Arab country.

Çavuşoğlu boasts of his country's ability to eradicate Kurdish presence in northern Syria all through the way to northern Iraq. Turkey does this by shelling and bombing the homes of civilians in the region.

The Turkish foreign minister also accuses Greece of accommodating Turkish criminals. He vociferously defends his country's violation of the sovereignty of Greece.

Çavuşoğlu also criticizes the Arab League and its Secretary General Ahmed Abulgheit who is always critical of Turkey's regional policies.