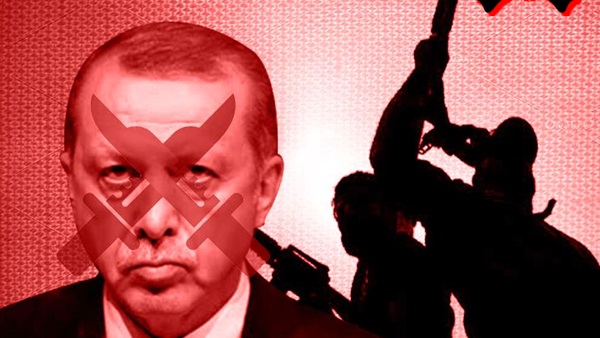 Turkey is backing Libya’s United Nations-recognised, Tripoli-based Government of National Accord (GNA) in its fight against rebel General Khalifa Haftar’s Libyan National Army (LNA), which is backed by Russia, Egypt, and the United Arab Emirates, among others.

Cook said that Turkey’s Libya intervention does not fit into a coherent foreign and security policy strategy.

“It is a statement of Turkey’s prowess and power, but it is not connected to a clear larger purpose other than national aggrandisement and revenge,” he said.

Cook said that Turkey’s Libya strategy deviates from Turkey’s clear foreign policy and national security concerns in Syria and Libya, which aim to destroy the Kurdistan Workers’ Party (PKK), and in the eastern Mediterranean, where it is seeking to drill for hydrocarbons.

“Without a strategy to guide them in Libya, the Turks may find themselves exposed and overwhelmed. It is not clear what makes Erdoğan believe that he can discipline Libyan politics in a way that will end the country’s fragmentation and violence,” Cook said.

“Even if Haftar waves the white flag, the Turks are setting themselves up to be the wards of a failing state,” he said.

Cook said it is clear what the GNA is getting out of its partnership with Turkey, but less clear why Erdoğan - who is struggling with economic problems and the coronavirus pandemic - would embark on a military adventure in the North African country.

Firstly, Erdoğan has sought to cultivate a unique foreign policy under his ruling Justice and Development Party (AKP) that shows Ankara is standing apart from international actors in its effort to uphold norms and standards.

Secondly, Ankara’s moves in Libya are countermoves to the burgeoning ties among Greece, Egypt, Cyprus, and Israel - who are all seeking to exploit hydrocarbon resources in the eastern Mediterranean.

Thirdly, Libya is a place where Turkey can challenge its two most ardent regional foes - Egypt and the United Arab Emirates, which back the LNA.

Cook said Turkey has also been buzzing recently with talk of a new security strategy called “Blue Homeland,” which emerged from an anti-Western, nationalist, but pro-Russian worldview of a number of senior-ranking naval officers.

"This toxic and confused brew is supposedly the guiding principle for Turkey’s more aggressive posture in the region, especially in the Mediterranean and Libya. It is interesting - but only because it offers insight into the thinking of Turkey’s senior political and military leadership. As a national strategy, it is mostly reactive and bound up in a combination of grievances and romance about Turkish power," he said.

"So it should come as no surprise to anyone in Ankara that regional alliances have solidified against Turkey and that the Turkish military is engaged in an open-ended mission in Libya," Cook said. "Having power is important, but what a country does with it is what matters."