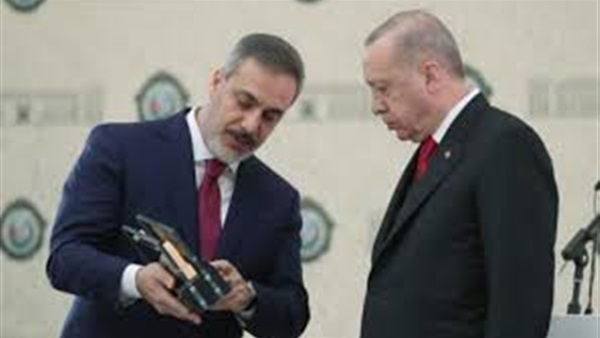 Turkish President Recep Tayyip Erdoğan depends on some people to help him implement his dubious agenda in the countries of the region.

The head of the Turkish intelligence agency, Hakan Fidan, is one of these people.

Fidan is one of the most important tools Erdoğan uses to implement his dubious plans, especially outside Turkey, given the huge role he plays in countries like Syria and Libya. Fidan is the custodian of a large number of secret files. He is Erdoğan's hand in silencing the opposition, both inside and outside Turkey.

Fidan was born in Ankara in 1968. He started his career as a non-commissioned officer in NATO in 1998 when he travelled to Mönchengladbach, a city in west Germany near Düsseldorf and the Netherlands border.

He spent three years, working at the intelligence headquarters of the Rapid Intervention Center in the city.

Fidan obtained a degree from the University of Maryland in the US. He also obtained a Master's Degree from Bilkent University in Ankara in 1999. His master's thesis was about the role the British and American intelligence played in the Middle East region and the lessons to be learned from this role.

In 2011, Fidan left the military establishment for the first time in 15 years. He worked as a political and economic advisor to the Australian embassy in Ankara.

When Erdoğan and Abdullah Gül reached power in 2002, Fidan started thinking of changing his course.

Erdoğan assisted Fidan assume the top post n the Turkish Agency for Development and International Cooperation. He was then promoted to the position of advisor to then-foreign minister Ahmet Davutoğlu.

He then headed Turkey's most important cultural institution in 2007. This institution helped him form a trans-boundary spying network. Fidan then became the head of Turkey's intelligence agency, the youngest man to assume this post. He was 40 years old at the time.